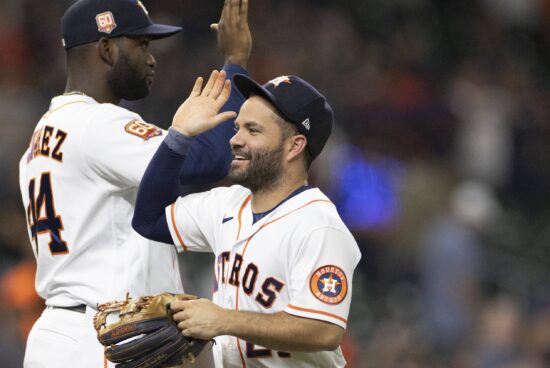 The Houston Astros aim for the sweep on Thursday night as they’ve taken the first two in their weekday series with the Minnesota Twins. Houston overall has won five of their last seven, cruising towards a division crown with the second most wins in baseball.

Minnesota was a fellow first place team for most of the season, but they’re fading fast in the midst of a five game losing streak that has dropped them four games back from Cleveland in the AL Central. Minnesota’s offense is failing them which is why they are +150 on the Vegas odds for this Twins vs Astros series finale (HOU -178).

Twins Getting Dominated at the Plate

The Minnesota offense has run a gauntlet this week, being held hitless over 6 innings while striking out 10 times in the opener against Justin Verlander and managing just 2 hits over 7.0 IP against Framber Valdez in game two. That’s not necessarily bad on the Twins offense, because Verlander is likely the A.L. Cy Young winner while Valdez just made his 21st straight quality start.

While everybody has struggled vs. Verlander and Valdez this season, Minnesota might be able to get something going against Luis Garcia in Thursday’s Twins vs Astros matchup. Garcia has allowed at least three runs in five straight starts, but at the same time Carlos Correa, Jose Miranda, and Gary Sanchez are all hitting under .200 over the past week. Luis Arraez has also dropped to third place in the MLB batting race after leading it most of the season.

Chris Archer (2-6, 4.02 ERA) starts for Minnesota but he’s been held to a 5.0 IP cap all season. The Twins have gotten just 4.0 and 5.0 IP from starters so far this series so they by far have the more taxed bullpen heading into the series finale. When Archer is in he’s been solid though, allowing 2 ER or less in three of his last four.

Astros Try to Finish Things Off

It hasn’t been a great offensive series for the Astros but it also hasn’t needed to be with Verlander and Valdez both dominating. The bats may need to be a little more productive when Garcia takes the bump, as the right-hander has a 5.25 ERA in August, his worst of any month this season.

The good news is that Garcia has mostly stymied Twins batters in limited experience against them, allowing 6 hits compared to 10 K’s in 26 AB. this will be Garcia’s first time facing his former teammate Correa (if he’s in the lineup) as well as Byron Buxton who is out with a hip injury.

Alex Bregman, Jose Altuve, and Trey Mancini have all went deep this series for the Astros. Houston will have a couple times through the order to face Archer, who they have hit .241 against as a team. Altuve is 6 for 23 vs. Archer, but two of those hits have been HR.

The Twins are just 9-12 in August despite 14 of those games being at home. It’s get away day as the team wraps up just a quick three game road trip to Houston so it’s going to be tough for Minnesota to get dialed in for this one. It will be a little offensive break for Minnesota after facing Verlander and Valdez the past two games though, so the total is the way to play this one.