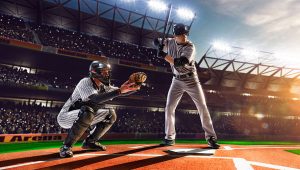 The opening game on October 20 featuring the Los Angeles Dodgers drew some 9.19 million viewers on the network, which is the lowest on record since 2018. Viewership took another hit when the game featuring Tampa Bay Rays drew only 8.95 million on October 21. Overall, these numbers averaged 9.07 million linear viewers.

The numbers are in even starker contrast when you consider that the previous low for a World Series opening game was 12.19 million in 2014, when San Francisco Giants outplayed the Kansas City Royals.

Viewership did climb up ever since although fans have been withdrawing, a phenomenon seen in all mainstream sports, and not just baseball. However, it’s the more niche competitions that feel the exodus of fans the hardest.

Nevertheless, broadcasters have reported some encouraging numbers, including ESPN’s Major League Baseball Opening Night game telecast between the New York Yankees and the Washington National, which drew in 4 million viewers.

Despite the uncharacteristic drop in viewership the MLB games, and specifically the opening game, were Fox Sports’ best performance since May. Across Fox’s all properties, the final numbers were close to 9,481,000 for the opening game and 9,263,000 for the following game on Thursday night, the broadcaster confirmed.

Fox has not relented in its pursuit of building a better viewer experience and driving engagement.

Ahead of the game, the company revealed a host of 5G-powered features allowing digital users to participate in a number of interactive offerings and customize their viewing experience further through the broadcaster’s dedicated app.

Fox and FS1 managed to draw in 4.41 million viewers for the Dodgers @ Atlanta Braves game in the National League Championship Series (NLCS). MLB postseason coverage was strong on TBS and TV Everywhere, drawing 48,000 views per minute.