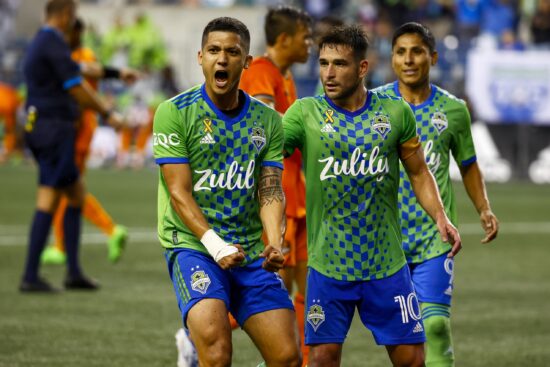 If you compare them player-for-player, the Seattle Sounders look like a better team. However, FC Cincinnati players have been playing much better soccer lately. They’ve suffered only one loss since May, but unfortunately for them, most of their MLS games finished in a tie rather than them winning maximum points.

As a result, they still haven’t secured a place in the MLS Playoffs. They are sixth at the moment, but several teams are breathing by their neck. The situation with Seattle is even worse, with the Sounders being three spots below the postseason zone, with four points fewer than the team in the #7 spot.

What all this means is that the Seattle vs Cincinnati game could prove crucial for both of these teams.

It’s Now or Never for Seattle

The Seattle Sounders played in the MLS postseason every single year since they joined the league in 2009. The bad news is that their superb run could end in 2022. They’re currently in the #10 position, with four points fewer than the team in the #7 position.

The worst thing is that they are only three rounds left before the end of the regular season, meaning that they can add no more than nine points to their tally.

On the bright side for the Sounders, their schedule doesn’t look too ugly. In fact, their toughest challenge in the remainder of the 2022 MLS season appears to be Tuesday’s game against FC Cincinnati. The other two games are against Sporting Kansas City and San Jose Earthquakes.

San Jose simply cannot make the playoffs this year no matter what happens by the end of the regular season. Kansas City could do it hypothetically, but for that to happen, they’d need a miracle.

Knowing all this, it’s clear that Seattle’s chance of getting to the MLS Playoffs still looks good. They just need to take it!

Since the start of September, FC Cincinnati is 3-1-0 in the MLS, with a score differential of 10-2. Their most recent outing, however, didn’t happen in the MLS. Instead, they played a Leagues Cup game against Mexican powerhouse Guadalajara Chivas. The American team won the game 3-1.

They’re in brilliant form at the moment, but it wasn’t always like that. They started the season slowly with a couple of humbling defeats in the MLS. As a result, they still haven’t secured their place in the postseason.

Still, we do think they’re going to do it. They’re in the #6 place in the East right now, with three points more than the two teams behind them Inter Miami (#7) and Columbus Crew (#8). Those two teams have a really ugly schedule ahead of them, each having to play two games against teams from the Top 4 in the Eastern Conference.

Meanwhile, FC Cincinnati’s schedule doesn’t look that hard, so even if they drop points on Tuesday, it won’t mean the end of the world.

According to data from Transfermarkt, Seattle Sounders is the team with the fifth-most valuable roster in the entire MLS. Valued at $49 million, this team is 27% more valuable than FC Cincinnati. No surprise there as Seattle’s roster is staked!

Mexican striker Raul Ruidiaz is their most valuable player, even though the 2022 season hasn’t been his best. In fact, he’s got nine goals to his name, which is below his standards, knowing that he’s scored double-figures in each of his previous four seasons as a Sounder.

If someone’s gonna save the day for Seattle, it’s him. We think it’s very likely he’s going to get on the scoresheet in Tuesday’s game. MLS bookmakers are giving +110 on this scenario.