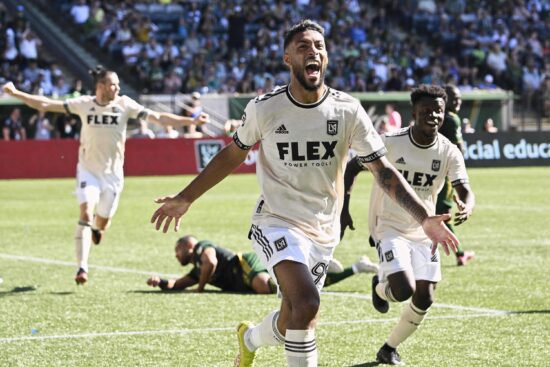 Saturday, October 9 is the date when the final 13 games of the 2022 MLS regular season will take place. For some teams, the last matchday doesn’t come with much importance. Some teams have already booked the ticket to the MLS Playoffs, while some stand no chance of making the postseason no matter what happens on Saturday.

Still, most of the teams hitting the field on Saturday are somewhere in between. There are almost a dozen teams whose playoff destiny will be decided on the final weekend.

New York City FC – the reigning MLS champion – has already secured a place in the postseason. No matter what happens on Saturday, NYCFC will finish in either #3 or #4 place in the Eastern Conference.

When it comes to Atlanta United, this team will miss the playoffs only for the second time since the establishment of the franchise in 2017. Knowing all this, it’s only logical to assume that neither team is going to be too fired up on October 9, meaning that a draw is the most likely outcome.

Neither team stands a chance to qualify for the MLS playoffs, despite the fact that both teams started playing relatively well in recent times.

For instance, both teams won in the previous round. New England Revolution beat Atlanta United 2-1 at home. Chicago Fire was even more impressive, defeating FC Cincinnati 3-2 on the road.

This Saturday, Chicago Fire is playing on its turf, which could be the decisive factor against New England Revolution.

Even though FC Cincinnati is sitting in the #5 position in the East, these guys still haven’t booked the ticket to the playoffs. It’s because their interstate rivals – Columbus Crew – have just one point heading into the final matchday.

Luckily for Chris Albright’s men, they’re locking horns with the worst team from the Eastern Conference in the final round. The team in question is DC United, which has 19 points fewer than FC Cincinnati at the moment.

Inter Miami is the team that’s sitting in the last available playoff spot in the East. The Herons got there thanks to their superb run in the last couple of weeks. They’re riding on a three-game win surge and if they win again, they will get to the playoffs.

So, can they win on Saturday? If you compare Inter Miami with CF Montreal, player for player, the Canadian team has the advantage. However, CF Montreal players don’t have much of motivation ahead of their trip to Florida as they’ve booked their postseason ticket a long time ago.

New York Red Bulls are coming off back-to-back losses, while Charlotte are looking for their fourth straight win. They might be in better shape, but Charlotte will not get to the postseason. New York Red Bulls, however, will play in the MLS Playoffs this year.

They would like to wrap up the regular season with a win. It’s not going to be easy to beat Charlotte, but we think they can do it. After all, the game is played in New York, and Charlotte players aren’t too great when playing on the road.

Both teams have 45 points, but Orlando is higher in the Eastern Conference standings due to having more wins than Columbus. What this means is that if the team from Ohio wants to get to the postseason, they need to win on Saturday.

The good news for them is that they’re on a roll, going into the final round of the regular season after a win over New York Red Bulls. The bad news is that the game is played in Orlando. The reason why this could be a problem for Columbus Crew is that this team hasn’t won an away game since July.

Philadelphia Union is sitting in the #1 position in the East. Even if the boys from Philly lose on Saturday, they will not drop under the #2 position. But they won’t lose.

It’s because they’re playing against Toronto FC on Saturday, a team that’s coming off four straight losses, which saw them concede 13 goals. The Canadian team has some outstanding players on the roster, but they simply don’t look very motivated right now.

When it comes to playing on the road, Colorado Rapids are the worst team in the West with just seven points collected in 16 matches. Austin FC aren’t too great at home with 29 points in 16 games, but we’re sure they’re going to do well on Saturday.

Sporting Kansas City is the team with the longest undefeated run in the Western Conference. They are without a single loss since August, but can they avoid losing to FC Dallas on Saturday?

We think they might as FC Dallas players don’t really have much to fight for in this game. The team from Texas will play in the postseason no matter what.

This is going to be a sort of friendly game as its outcome doesn’t mean much to either team. Los Angeles Galaxy will get to the postseason even if they lose, while Houston’s MLS journey ends on Saturday. That said, a draw looks like the most likely outcome.

LAFC will finish the regular part of the 2022 season in the #1 position in the West with 67 points. Nashville SC currently has 20 points fewer, but this team too will play in the MLS Playoffs.

The boys from Tennessee haven’t been playing great soccer lately, which is why they should count themselves lucky for making the playoffs. Their relatively disappointing run is the main reason why we think they’re going to get hammered by Los Angeles on the last day of the regular season.

Minnesota is 0-1-5 since August, but now is the time to step up. Thanks to their great performances early in the season, they’re still in the playoff zone. However, if Vancouver Whitecaps beat them, they will take over their place.

Can the Canadian team pull it off? Judging by their recent form, the Whitecaps definitely look capable of doing so.

This is going to be a real thriller of a game as there’s so much at stake. Whoever wins will get to the playoffs. Actually, even the loser could get there depending on the outcomes of other games. The same goes for the scenario in which these two play a draw.

Still, we doubt either team will want to leave everything to chance. Instead, each will probably do their utmost to get a win on Saturday. In turn, soccer fans are in for a real treat, probably with plenty of goals.

Even though this is a West Coast derby, we don’t expect to see much from these two on Saturday. The reason is simple – neither team has done much in 2022.

In the best-case scenario, San Jose will finish the season second from the bottom. When it comes to Seattle, this team’s highest-possible finish is #9. Knowing this, no one can expect these two to put on too much effort on Saturday.