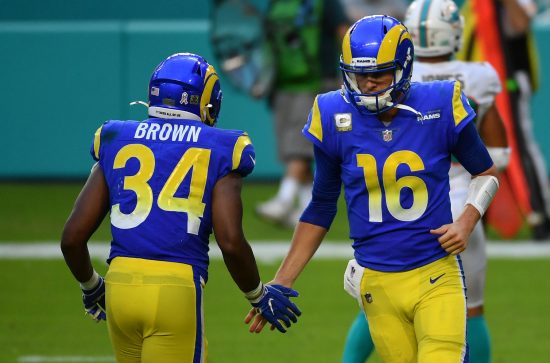 Monday Night Football brings a clash between the LA Rams and the Chicago Bears.

In short, this one would go Offense vs. Defense. The Rams are a team more focused on scoring points than defending themselves, while the situation with the Bears is a bit different. What is in common for these two sides is an excellent start of the season. Even though the Rams lost to the 49ers last week, they are still among the league’s best teams. Meanwhile, Chicago needs Nick Foles to take his game to an elite level to become a legit Super Bowl Contender.

Where, When, How to Watch LA Rams vs. Chicago Bears

Goff is the Key

If Jared Goff and his O-line endure all the pressure coming from the Bears’ side, the Rams will win this matchup. But that is easier said than done. With Khalil Mack on the other side and the rest of Chicago’s defensive crew, you are bound to have many problems during the match.

Goff threw for 10 TDs and four interceptions, one of them against the 49ers last week. Darrell Henderson will have to step up in this contest and help his QB. The running back has 72 snaps this season and 348 rushing yards with three TDs. More than ever before, his two or three-yard gains will play a big role.

On the other side, the X-factor could be the two-time NFL DPOY, Aaron Donald. If he reaches Foles at least twice, that will make the Bears’ QB extremely insecure.

This is the only team in recent times that changed its quarterback early on in the season while having a positive record. Truth to be told, Chicago had to move on from Mitch Trubisky much quicker. He just isn’t the caliber they need.

Now, Nick Foles did have some shiny moments, and he did win the Supr Bowl but is still adjusting to his new offense. That is why we stated in the headline that Bears “gradually” improve. Foles is better from week to week, but he still has occasional blackouts. However, that is ok for now because of a fantastic defense that covers up all of his errors.

The former Super Bowl MVP is 95-of-152 for 878 yards, six TDs, and four picks. Though, as we said Foles is still getting to know with his offense, which features one All-Pro candidate for this season, Allen Robinson II. The start WR has 474 yards already, with two TDs in 40 receptions.

They faced one another last year, and the Rams won at home 17-7.

We won’t suggest anything regarding the winner, but focus on the total number of points. The over/under limit is at 46, and that is too high from our standpoint. Defenses will be crucial in this match, and having in mind that both the Rams and the Bears have stellar individuals in that area, under 46 points is the final pick.