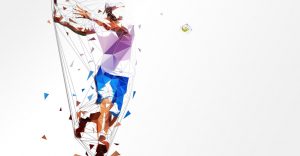 Nadal vs Djokovic is one of the biggest rivalries in tennis, with the Serbian player leading the series 29-26 against the Spaniard. However, most of Novak’s victories happened on hard courts (20-7). Meanwhile, Rafa has been dominant on clay (17–7). That is the surface used at Roland Garros courts, which is one of the reasons why top tennis sportsbooks believe Nadal is going to win his 13th French Open title on Sunday. Can Djokovic upset the odds?

Nadal vs Djokovic is the clash between ATP #1 and #2, which will see Nadal aiming for his 13th French Open title, which would also tie his record with Federer for the number of Majors won in the career. The Swiss player currently has 20, but Nadal has a chance to equalize that record, getting himself back in the GOAT conversation.

Djokovic, on the other hand, has won 17 Grand Slam tournaments so far, but he’s younger than the two. With a win on Sunday, he’d get a step closer to the two. Plus, he’ll be defending his Australian Open title in a few months’ time at what’s his favorite tournament. He had a chance to get to 18 Major titles a few weeks ago, but Laura Clark stood in his way. Literally!

In the 1/8-final of the 2020 US Open, Djokovic was disqualified for hitting the line judge with the ball, losing a chance to go for the Grand Slam this year. He came into that tournament bearing the role of a huge favorite, considering that both Federer and Nadal had opted out.

On the subject of opting out, Nadal was out of the US Open but came back onto the court in Rome. His Italian campaign ended too soon, with him losing to Diego Schwartzman in round three. However, Nadal did get his revenge by beating the Argentine 3-0 in the semi-final of the 2020 French Open.

The Road to the Final

The main takeaway from the recent performances of Nadal and Djokovic is that neither player has been too impressive. Even though Nadal is without a single set lost in the tournament, he did make a lot of mistakes. Luckily for him, his opponents made even more mistakes.

Speaking of Nadal’s opponents in this year’s French Open, he did not face many heavyweights until now. None of his opponents belong to the ATP Top 10, with Diego Schwartzman being the closest at #14.

Djokovic, on the other hand, played some really tough opponents in his previous three matches – Karen Khachanov (#16), Pablo Carreno-Busta (#18), and Stefanos Tsitsipas (#6). His semifinal duel with Tsitsipas saw a total of 5 sets, across 3:58 hours. The match was played on Friday evening local time, meaning that Djoker has had less than 48 hours to rest before the Nadal vs Djokovic final.

Oddsmakers believe the King of Clay is the favorite here, but right now, Djokovic seems like the better player. The only drawback for the Serbian player is the court surface. Nadal is arguably the best player in tennis history when it comes to playing on clay. However, the last time these two met at the French Open, it was Djokovic who won 3-0.

Backing Djokovic might seem risky, so you might want to switch your focus to games. This should be a marathon-match, going into 5 sets and seeing at least 41 games in total.

Our Nadal vs Djokovic Picks: