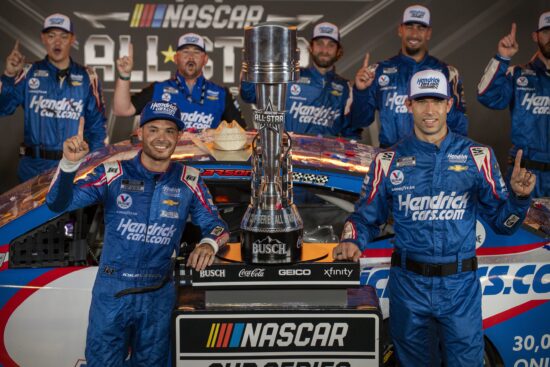 There will be a famous event in Nashville this weekend, as the first NASCAR Cup Event since 1984 will take place. The Ally 400 is the event that will be staged, as vital NASCAR Cup Series points will be up for grabs.

It will be a momentous moment in Nashville this weekend, as there will be a Cup Series event in the area for the first time since 1984. Talks about hosting a race at the track have been going on since 2019, and it was finally announced last year that there would be a race at Nashville Superspeedway, which would replace the event that was due to take place at Dover International Speedway. This won’t be the first event that will be staged at the track, as a four-year deal was signed.

The race this weekend will consist of 400 miles, which will be raced over 300 laps. The opening 90 laps will take place in stage 1, while the second stage will see drivers compete over 95 laps. However, most laps will be completed in the final stage, as drivers will complete the remaining 115 laps. It was announced in January that Ally Financial would be the inaugural sponsors of the race.

Since there hasn’t been a previous running of this race, it promises to be a wide-open affair in 2021. Denny Hamlin will certainly have a chase of claiming the win. However, despite leading the Drivers’ Championship, he is yet to win a race this season. He finished second in the Toyota Owners 400.

Chase Elliott has been in excellent form in previous races, as he has finished second in both the Save Mart 350 and Coca-Cola 600. His only win of the season to this point came in the EchoPark Texas Grand Prix. The in-form driver coming into this race this weekend in Nashville is Kyle Larson, who could be set to move to the top of the Drivers’ Championship.

Larson has won the last two Cup Series races, with his victories coming in the two races that Elliott finished as runner-up. His momentum continued last weekend, as he came out on top in the All-Star Race. Martin Truex Jr could also be in the frame for a strong run after finishing third in the last Cup Series race.

Who will win the Ally 400 this weekend:

This race looks to be a wide-open affair. However, we have confidence that Larson can continue the momentum that he is building with a win that would see him go top of the Drivers’ Championship. Expect an exciting race!