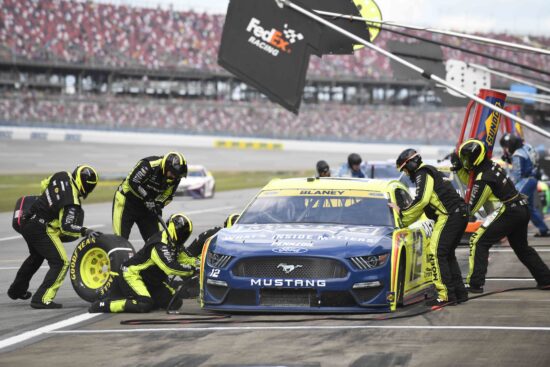 Just four races are left in the NASCAR Cup Series this season, and all the attention swiftly turns to Texas this weekend as the Autotrader EchoPark Automotive 500 takes place. It is the first of three Round of 8 races that will take place, but which drivers will seize the advantage?

The 33rd race of the NASCAR Cup Series is the Autotrader EchoPark Automotive 500. It takes place annually at Texas Motor Speedway and takes place late afternoon after sunset in Fort Worth. The winning driver in this race is awarded a trophy in the shape of a cowboy hat, and that was awarded to Kyle Busch last year after he won this race. Drivers involved in this race must complete 501 miles, which is made up of 334 laps.

The first two stages both include 105 laps, while the third and final stage has 125 laps. This race was previously known as the Dickies 500 between 2005 and 2009, before being renamed as the AAA Texas 500 between 2010 and 2019. Jimmie Johnson is the record holder for most wins in this event, having won on five occasions. Chevrolet are the most successful manufacturer, having won on seven occasions.

Kevin Harvick is an interesting contender for the race this weekend. Despite being out of the NASCAR Cup Series following the race last weekend, he has a very live chance in Texas, having won this race on three occasions between 2017 and 2019. Denny Hamlin also isn’t without a chance, as he sits second in the standings and is in desperate need of some good fortune. He started on pole in both the YellaWood 500 and Bank of America Roval 500 but could only finish those respective races in seventh and fifth.

Who will win the race this weekend:

Kyle Larson is far too short in the betting to support this weekend, so we will take our chances on a higher-priced selection.

Ryan Blaney has been consistent throughout the playoffs and has finished in the top ten in four of the six races. A first win of the postseason could follow this weekend.