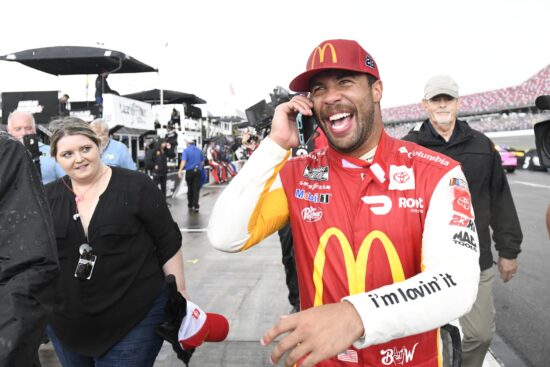 The final road race of the NASCAR Cup Series season takes place this weekend at the Charlotte Motor Speedway track. It is the final race of the Round-of-12 stage, with just four races left following the conclusion of this event in North Carolina on Sunday.

The second of the two races that are held at Charlotte Motor Speedway in the NASCAR Cup Series takes place this weekend. The other race held here takes place on Memorial Day, as the drivers compete in the Coca-Cola 600. This race is run annually in September and has long been a race as part of the playoffs. The race was moved to the spot on the calendar that it is now in 2020 after realignment, with rain delays constantly hindering the running of the race.

Drivers will compete over 109 laps in the Bank of America ROVAL 400, which covers a total distance of 399.954km. The first two stages of the race are made up of 25 laps, before the final 59 laps are completed in the final stage in North Carolina. Jimmie Johnson is the most successful driver with four wins, while Chevrolet have been the winning manufacturers on 23 previous occasions.

There is little surprise to see Chase Elliott at the top of the betting for the Bank of America ROVAL 400 this weekend, as the reigning World Series champion has won the last two editions of this race. Elliott is currently seventh in the Drivers’ Championship, having won just two races this season. His most recent victory came in the Jockey Made in America 250.

Kyle Larson and Martin Truex Jr are the next two names in the betting. Larson is still breathing down the neck of Denny Hamlin at the top of the standings, but failed to close the gap after finishing 37th in the YellaWood 500 last weekend. Truex Jr won this race in 2017 before the change in the circuit in 2018. His last victory in the Cup Series came in the Federated Auto Parts 400, but he was 12th last weekend.

Who will win the Bank of America ROVAL 400 this weekend:

It is hard to look past the favorite this weekend, as Elliott has an excellent record in this race in North Carolina. A third straight win this weekend could be on the agenda for the reigning Drivers’ champion.