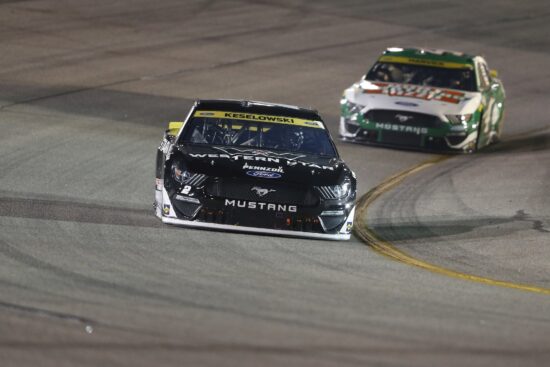 The race to reach the final 12 of the NASCAR Cup Series comes to its gripping conclusion under the lights at the Bristol Motor Speedway in Tennessee this weekend. Important points will be up for grabs, but which driver will come out on top in the night race?

The second and final of the night races on the NASCAR Cup Series schedule takes place this weekend. The only other night race is the Food City 500, but this is by far and away the most popular of the campaign. It has been the final race of the Round of 16 stage of the competition since the 2020 season, meaning a move from its typical date in late August to mid-September.

Drivers will tackle a distance of 266.5 miles in this race, which includes 500 laps of the Bristol Motor Speedway Circuit. The grueling race sees drivers complete 125 laps in both the first two stages, before the final stage sees the remaining 250 laps completed. No driver in the history of this race has been able to replicate the seven wins record by Darrell Waltrip. Meanwhile, Ford and Chevrolet are tied for the most wins, as both have recorded 21 victories.

It will be a tense weekend for the drivers positioned between 12th and 16th this weekend, as they could be eliminated from the NASCAR Cup Series this weekend. Kyle Busch is currently down in tenth in the standings, but has an excellent chance of recording a victory this weekend. Busch has won this race on three previous occasions, with his most recent success coming in 2017. He was back in ninth in the Federated Auto Parts 400 last weekend.

Denny Hamlin and Joey Logano are two other drivers that have both recorded previous victories in this race. Hamlin was the most recent winner of the two, as he won in 2019. Meanwhile, the reigning champion coming into the race this weekend is Kevin Harvick, who will be looking for a third victory.

Who will win the Bass Pro Shops Night Race this weekend:

We would be willing to take a chance on Harvick this weekend, as he bids for a third win in the night race. He has finished in the top ten in both races in the Round of 16 to this point, which includes his eighth last weekend in the Federated Auto Parts 400.