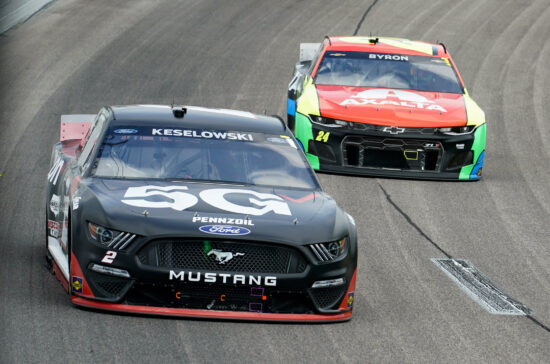 The Coca-Cola 600 is one of the oldest races on the NASCAR Cup Series circuit, as it was first staged in 1960. This race is unlike any other on the calendar, as it is competed over a much longer distance, which means that the conditions throughout the day play an increased role. Drivers will need to complete 600 miles of the circuit at Charlotte Motor Speedway. Each of the four stages for this event sees the drivers tackle 100 laps each.

The name of the race has changed several times throughout its history, as it was previously known as the World 600 before Coca-Cola bought the naming rights in 1985. It has been known as the Coca-Cola 600 since 2003, and was also raced under the same name between 1986 and 2001.

The Coca-Cola 600 is the 15th race of the NASCAR Cup Series season, and many of the drivers towards the top of the Drivers’ Championship are available at short prices. Chase Elliott won his first race of the season on the road in the EchoPark Texas Grand Prix last time out, and could be good value to continue his charge towards the summit with another win this weekend. He has been in the top three in each of his last two.

Kyle Larson was once again second last time out, which was the third race running that he has finished as the runner-up. A victory this weekend could send him to the top of the Drivers’ Championship. Meanwhile, Brad Keselowski has claims of winning this weekend after winning the Coca-Cola 600 last year. However, he hasn’t finished in the top three since finishing third in the Buschy McBusch Race 400.

Who will win the Coca-Cola 600 this weekend:

Cases can be made for many of the drivers at the top of the championship. However, we like the chances of Martin Truex Jr this weekend, who has won this race on two occasions in the past five years.