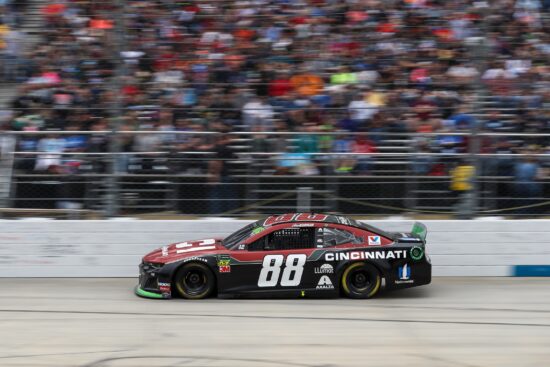 The NASCAR Cup Series continues on Sunday, as the 13th leg takes place at Dover International Speedway. Kevin Harvick is the defending champion coming into the Drydene 400, but will he be able to successfully defend his title this weekend?

The Drydene 400 was traditionally one of the closing races of the NASCAR Cup Series season. It was part of the playoffs up until 2020 when it was moved to the penultimate race of the regular season. There was a huge change to the schedule last year due to COVID, as there was a double-header at Dover International Speedway in August. Fans will be delighted to hear that the distance of the race this year has been restored, as it will be competed over 400 miles. There will be 120 laps in each of the first two stages before the final 160 laps will take place in the final stage.

Throughout the history of the race, it has been known by a variety of names. When it was first introduced in 1971, it was known as the Delaware 500. However, most recently, it has been called the AAA 400, Apache Warrior 400, and Gander Outdoors 400. Jimmie Johnson is the most successful driver in the history of the race, as he has won on five occasions. Meanwhile, Chevrolet has been the winning manufacturer on 21 occasions, which includes two of the previous three years.

Martin Truex Jr is the driver at the top of the betting for the Drydene 400 this weekend. He is in excellent form at present, as he won the Goodyear 400 last weekend. Truex Jr led for the most laps in that race, and the victory lifted him up to second in the Drivers’ Championship. Victory this weekend could see him leapfrog Denny Hamlin at the summit. The victory last weekend was Truex Jr’s third of the season, as he had previously won the Instacart 500 and Blue-Emu Maximum Pain Relief 500.

Hamlin is still at the top of the Drivers’ Championship but is yet to win a race this season. He has finished on the podium on five occasions. Kyle Larson could also have an outstanding chance this weekend, as he finished second in the Goodyear 400 last weekend.

Who will win the Drydene 400 this weekend

The fact that Truex Jr starts on pole this weekend could be pivotal. He has been in excellent form so far this season, and we expect him to win this race for the second time in his career this weekend.