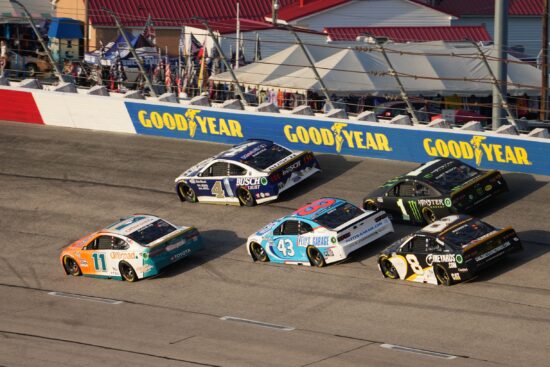 The NASCAR Cup Series playoffs got underway in South Carolina last weekend, as the Cook Out Southern 500 was staged. However, the round of 16 continues this weekend, as the action heads to Virginia for the Federated Auto Parts 400.

The Federated Auto Parts 400 is now a crucial part of the playoffs, despite previously being the race that was run just before the post-season got underway. It has been in this spot in the calendar since 2004, with the Brickyard 400 now being the last race before the playoffs. This race has gone under a number of different names throughout its history, including the Air Guard 400, Chevy Rock & Roll 400, and Wonderful Pistachios 400.

Drivers need to complete 400 laps at the Federated Auto Parts 400, which is made up of 300 miles. The first 80 laps take place in stage one, before 155 and 165 laps are contested in stage two and the final stage, respectively. Richard Petty remains the most successful driver in the history of this race, having won seven times in the past. Chevrolet are the leading manufacturers, while the most successful teams are Joe Gibbs Racing and Petty Enterprises, who have both won on seven previous occasions.

Denny Hamlin could be one of the drivers to watch this weekend, as he could potentially move to the top of the Drivers’ Championship with another victory. He was in excellent form last weekend, as he came out on top in the Cook Out Southern 500. That victory moved him up to second in the standings, with only Kyle Larson above him now. Larson was able to hold on to the top spot as he finished second and also led for the most laps in the final Classic of the season.

Martin Truex Jr is the current favorite in the betting for the race this weekend, as he currently sits third in the Drivers’ Championship. He finished fourth in the race last weekend and could be in a menacing position on the grid to lay down a challenge. Truex Jr has also won this race in the past, with his last success coming in 2019. Brad Keselowski, Kyle Busch, and Denny Hamlin have also recorded wins in the Federated Auto Parts 400 in the past.

Who will win the Federated Auto Parts 400 this weekend:

It will be a wide-open race in Virginia this weekend, and cases can be made for many of the drivers at the top of the betting. However, we think that Denny Hamlin will get the win. He won this race in 2016 and has been in great form over recent weeks.