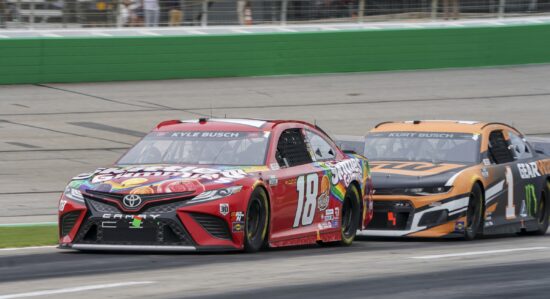 The end of the regular season in the NASCAR Cup Series is fast approaching, as the 22nd race of the season takes place this weekend at New Hampshire Motor Speedway. But, which driver could be the one to pick up maximum points this weekend?

The first Foxwoods Resort Casino 301 took place in 1993. However, back then, it was known under the name of the Slick 50 300. The name of the race has changed throughout its history, as it has also been known as the Jiffy Lube 300, Lennox Industrial Tools 300, and the New Hampshire 301.

Meanwhile, the race sees drivers compete over 318.458 miles, which consists of 301 laps in total. The first 75 laps make up the first stage before 110 laps are contested in stage 2. The final drivers will then battle over the remaining 116 laps to decide the winner of the race.

Jeff Burton is the most successful driver in this race, as he has won on three previous occasions. Meanwhile, Joe Gibbs Racing and Ford are the leading team and manufacturer, respectively. A number of drivers in the field this year will be looking to join Burton on three wins, with Brad Keselowski, Kevin Harvick, and Denny Hamlin having recorded two victories apiece.

There will be a number of previous winners of the race involved this weekend, and all of them have leading claims. Brad Keselowski is the defending champion, having won this race for the second time in his career last season. His first victory came back in 2014. However, he has won just one race so far this season, with that victory coming in the GEICO 500. Regardless, his past form at this track makes him a contender.

Kevin Harvick’s dominant record at this track was ended last year, as his run of two straight victories in 2018 and 2019 was brought to an end. However, like Keselowski, he still has leading claims. However, he is yet to win a race this season and sits in ninth in the Drivers’ Championship.

Who will win the Foxwoods Resort Casino 301 this weekend:

It looks set to be an exciting NASCAR Cup Series race this weekend. However, our preference would be for Kyle Busch. He starts on pole this weekend and has won this race on one occasion in the past. He has also enjoyed podium finishes in each of his last four races, winning the Explore the Pocono Mountains 350.