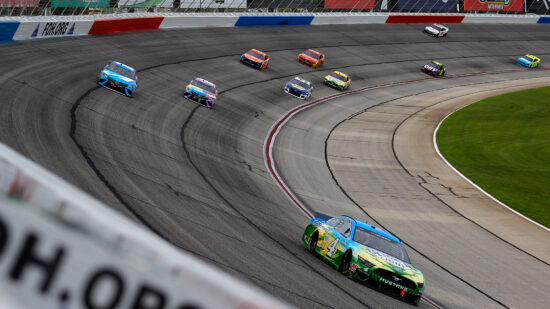 The action in the NASCAR Cup Series is heating up as the season continues this weekend in New York. The Go Bowling At The Glen will take place at Watkins Glen International, as Chase Elliott looks to win the race for the third time in a row.

Go Bowling At The Glen Schedule

Go Bowling At The Glen Preview

The Go Bowling At The Glen is one of just seven road races on the NASCAR Cup Series, but it is easily one of the most prestigious. The race has been run since 1957 and has been known under a number of different names for sponsorship reasons. It was first known as The Glen 101.2 before becoming The Budweiser At The Glen and Frontier @ The Glen. In recent years it has also been called the I Love New York 355 at The Glen. Drivers will need to race over 90 laps, covering 220.86 miles in this event.

The first two laps will be made up of 20 laps each before the final stage sees drivers compete over a final 50 laps. No driver has enjoyed more success in this race than Tony Stewart. The legendary driver won on five occasions during his esteemed career. Meanwhile, Hendrick Motorsports and Chevrolet are the leading team and manufacturers, respectively.

One of the leading contenders for the Go Bowling At The Glen this weekend is undoubtedly Chase Elliott. The driver has won each of the last two races but was denied a chance to make it three wins on the bounce last year as the race wasn’t held. His dominant record in this race ensures that he is the current favorite in the betting and the one that all the other drivers will need to beat this weekend.

Kyle Busch has also been in excellent form recently, as he has won two of the previous four races. His most recent success came in the Quaker State 400 before he finished in a disappointing 37th last weekend in the Foxwoods Resort Casino 301. Kyle Larson and Denny Hamlin also can’t be ruled out despite disappointing results in their last two NASCAR Cup Series races.

Who will win the Go Bowling At The Glen this weekend:

This looks set to be a wide-open race in New York this weekend. Cases can be made for many of the drivers, but we like the chances of Chase Elliott. His dominant record at this track could be the difference, and that could steer him to a third win this season.