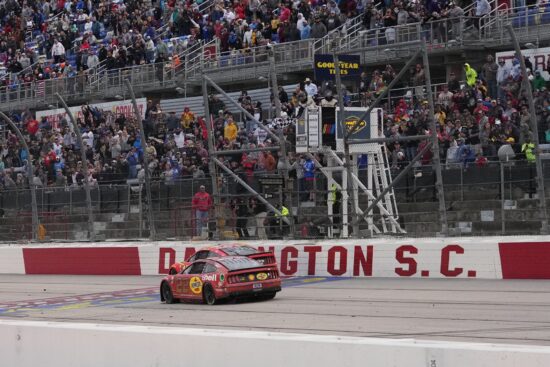 The final NASCAR Cup Series race before the All-Star break takes place this weekend, as Kansas Speedway hosts the AdventHealth 400. Kyle Busch won this race last year, as he joined Denny Hamlin and Brad Keselowski as the only drivers to have won the race on more than one occasion.

The AdventHealth 400 has been held annually since Kansas picked up a second race during the NASCAR Cup Series. The first-ever race has held in 2011 and was called the STP 400. That inaugural running of the race was won by Brad Keselowski. Last year, the race was called the Buschy McBusch Race 400, but it is now known as the AdventHealth 400. Drivers will compete over a total distance of 400.5 miles, which sees 267 laps completed.

The final stage is made up of 107 laps. Joe Gibbs Racing has the best record in this race, as they have been the winning team on five occasions. That includes victories in the previous two years with Kyle Busch and Denny Hamlin winning the 2021 and 2020 editions, respectively. Toyota has also been the winning manufacturer in four of the previous six editions.

Chase Elliott is yet to win the AdventHealth 400 during his career but should be among the leading contenders this weekend as he currently leads the Drivers’ Championship. However, his only victory remains the DuraMAX Drydene 400, as he finished back in fifth during last weekend’s Goodyear 400.

Joey Logano won the race last weekend, as he moved up to fourth in the Drivers’ Championship standings. That was the sixth race that he had finished in the top ten this season. Kyle Larson is the favorite in the betting, but he will need an improved effort after finishing down in 36th last weekend.

Kyle Busch also can’t be overlooked as the defending champion, as he looks to continue his strong record this season, which has seen him finish in the top ten on eight occasions. However, he could only finish down in 33th at the Goodyear 400 last weekend.

I’d be willing to side with Denny Hamlin this weekend. Joe Gibbs Racing has a strong record in this race, and Hamlin will be looking to build on the victory that he recorded in the Toyota Owners 400. His chances are also boosted based on the fact that he has won this race on two previous occasions.