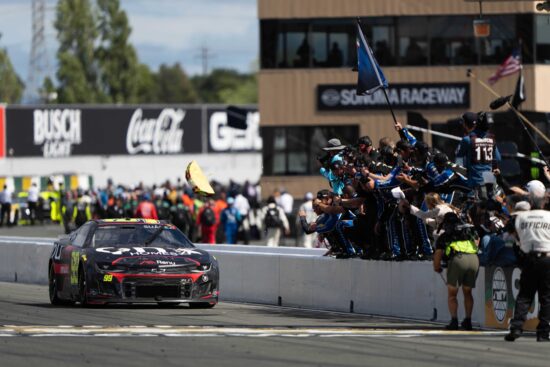 After a break in the action, the NASCAR Cup Series resumes this weekend. Excitement levels will be high ahead of the second running of the Ally 400 after it made an excellent impression during its inaugural running in 2021. However, will Kyle Larson be able to repeat his feat from 12 months ago?

This will only be the second running of the Ally 400, but it made a positive impression during the inaugural race 12 months ago. It was a historic race 12 months ago, as it marked the first NASCAR Cup Series race in Nashville since 1984. It was determined that the Nashville Superspeedway would host the event, as the drivers compete over a total distance of 400 miles. In total, 300 laps are contested throughout the race, with the first stage consisting of 90 laps. The second stage is made up of 95 laps, while the final stage sees the final 115 laps contested.

Kyle Larson was a very dominant winner of the race last year, as he completed the 300 laps in a time of 3:30.23. His average speed was 113.792 mph. It was also a first win at the opening attempt for Hendrick Motorsports and manufacturer Chevrolet.

There’s no surprise to see Kyle Larson at the top of the betting for the race this weekend given how dominant he was last year. The defending champion is moving menacingly closer towards the top of the Drivers’ Championship, as he currently sits in seventh. Last time out, he was 15th in the Toyota/Save Mart 350. However, he hasn’t finished in the top three in each of the previous three races.

Chase Elliott remains at the top of the Drivers’ Championship, but he has finished in the top ten on just one occasion in the previous four races. That has allowed Ross Chastain to close to within 16 points of the leader, as he recently finished seventh in the Toyota/Save Mart 350. However, due to this being the second running of the race, there are more than a number of drivers involved with a live chance.

This is a very tough race to call this weekend, as a number of drivers have excellent chances. However, we will side with one of the more consistent contenders this weekend, Ryan Blaney. Blaney is currently fourth in the standings, and has finished fourth in the Enjoy Illinois 300 and sixth in the Toyota/Save Mart 350 on his previous two starts.