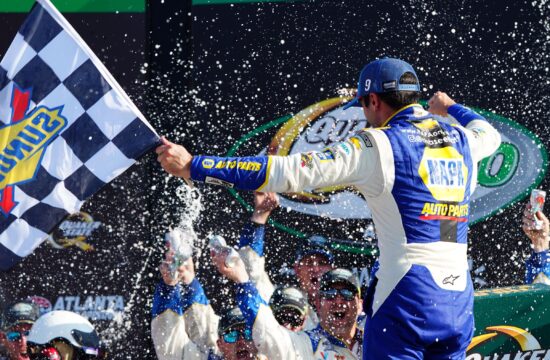 The Ambetter 301 has been staged since 1993 and sees drivers compete over a total distance of 318.458 miles. The race is made up of 301 laps, with the final stage consisting of the final grueling 116 laps. Stage one is made up of 75 laps, with 110 laps being completed in the second stage. Last season, the race was called the Casino 301, the same name used since 2018.

It has also been called the Jiffy Lube 300, Lenox Industrial Tools 300, and New Hampshire 301 throughout its history. Jeff Burton is the most successful driver in the history of the race, as he won on three occasions during his career. Meanwhile, Joe Gibbs Racing is the most successful team with seven wins, and Ford is the most dominant manufacturer with 12 victories.

Ryan Blaney is the clear favorite in the betting this weekend as he looks to close the gap on Chase Elliott at the top of the Drivers’ Championship. Blaney finished fifth in the Quaker State 400 last weekend, which was the fourth time in the previous five races that he has finished in the top ten. However, he is still yet to win a regular-season Cup Series race this term, with his only victory coming in the All-Star Race.

Chase Elliott is a pretty big price this weekend despite sitting top of the drivers’ standings. He won last weekend from pole position and has now won two of the previous three races. His only defeat during that period saw him finish second in the Kwik Trip 250. Kevin Harvick has a very good record in this race, as he has won the Ambetter 301 twice since 2018. Both he and Brad Keselowski will be looking for record-equaling third victories this weekend.

We would be willing to take a chance on Denny Hamlin this weekend. He previously won this race in 2017 and hasn’t been a million miles away in recent renewals.