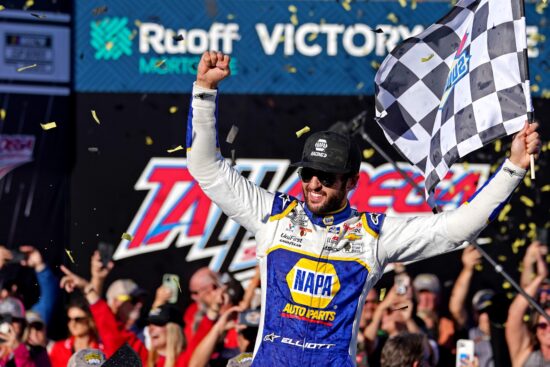 There are just five races remaining of the NASCAR Cup Series playoffs this season. The next scheduled race takes us to North Carolina, as the Charlotte Motor Speedway circuit hosts the Bank of America Roval 400. This weekend’s race is the final race of the round of 12 stage, with the round of 8 getting underway next weekend with the running of the South Point 400.

The Bank of America Roval was first competed in 1960. It was staged as a Sunday afternoon race until 2002, before reverting back to that time in 2020 after the schedule realignment. During this period, it was also swapped from taking place in September to the October date that it is now run in. A total of 109 laps are contested in this race, which makes up the 399.954km distance. The first two stages both consist of 25 laps apiece, while the final stage sees the remaining 59 laps competed.

We are edging towards the business end of the season in NASCAR, and one driver that looks to be getting stronger with each passing week is Chase Elliott. The 2020 world champion is back at the top of the Drivers’ standings after claiming victory in the YellaWood 500 last weekend. However, his advantage is only a slim one, as he sits two points clear of Ryan Blaney.

Blaney has been in fine form over recent weeks, as he finished in the top five for the second consecutive week after finishing second in the YellaWood 500 last weekend. His fight looks set to go down to the wire, and he has a very strong chance of claiming a first race win this weekend.

Kyle Larson also has a strong chance this weekend. He won the race 12 months ago, as he edged towards his world championship victory. However, he will need to rediscover his best form, as he has finished outside the top five in four of the previous five races.

We are very sweet about Chase Elliott’s chances this weekend. He looked formidable when winning last weekend, and he has claimed two victories in the previous three editions of this race.