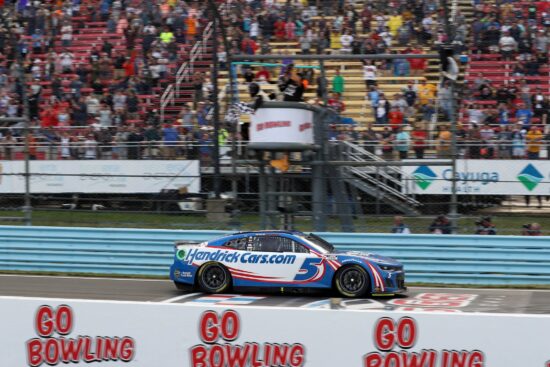 The end of the NASCAR regular season finally comes this weekend, as the Coke Zero Sugar 400 is staged at Daytona International Speedway. It was an entertaining race last weekend, which also included the NASCAR debut of former Formula 1 champion Kimi Raikkonen. However, which drivers could be in contention for the win this weekend?

The starting grid for the Coke Zero Sugar 400 isn’t yet official. Check back here after qualifying to see the starting lineup for the race.

The Coke Zero Sugar 400 is the final race of the regular season for 2022, and it has been competed annually on the NASCAR Cup Series schedule since 1959. It is the second of the races that have been held at Daytona this season, following the Daytona 500, which was staged on the opening weekend of the season. The race has been in this spot as the final race of the season since 2020, and is famous for the close finishes at the conclusion.

David Pearson is the most successful driver in the history of the race with five victories, while Wood Brothers Racing has the best team record with nine victories. Both Ford and Chevrolet are tied for the most wins as a manufacturer, with 20 victories.

It has been an engrossing regular season of action in NASCAR, and the battle for the top prize looks set to go down to the wire. Chase Elliott remains the leader in the Drivers’ Championship, but his lead over Kyle Larson has been cut following the reigning champion’s victory in the Go Bowling At The Glen last weekend.

It was a fascinating battle between the two, as Elliott took the fastest lap while Larson won the race. Ryan Blaney is still firmly in the mix, as he sits third overall, but he will need to bounce back after finishing in 24th last weekend. Joey Logano enjoyed another fine outing, as he finished in third, which was the fourth straight race that he had finished in the top ten.

Blaney’s chances of victory this weekend are also helped by winning the 2021 edition of this race. Other previous winners that could be in the frame this weekend include Brad Keselowski and William Byron.

This looks like a difficult race to call once again this weekend. However, we could make a case for Elliott bouncing back in the title race, after finishing outside of the top three for the fourth race running last time out. Brad Keselowski also needs a big performance this weekend, as his record at Daytona deserves respect.