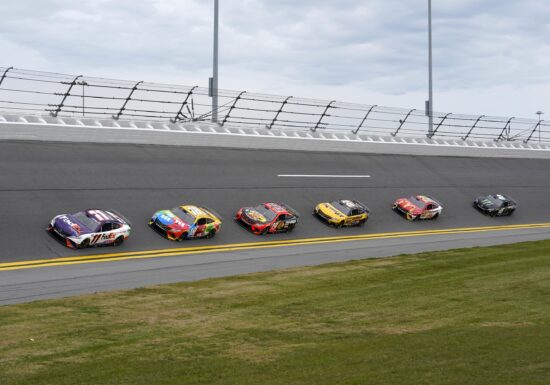 The talk finally stops this weekend, as the 2022 NASCAR Cup Series season finally gets underway with the most famous race on the calendar. The Daytona 500 kicks off the season at Daytona International Speedway, as the first Crown Jewel race of the campaign looks to set the tone for the season ahead.

The race sees drivers complete 500 miles, which is contested over 200 laps. Each of the first two stages has 65 laps apiece, while the final stage is made up of 70 laps. The record for most wins in the race belongs to Richard Petty, who won the Daytona 500 on seven occasions. Michael McDowell won the event 12 months ago for Front Row Motorsports. Other recent winners of the race include Denny Hamlin, Kurt Busch, and Austin Dillon.

It’s very easy to see why Denny Hamlin has been listed as the favorite for the Daytona 500 this weekend. It has so often been a race that has brought the best out of the 41-year-old. He has won the Daytona 500 on three occasions, including two wins in the past three years. Hamlin also ranks high on our picks for the NASCAR Cup Series title this year, as he looks to improve on his third-place finish last season.

Clear claims can be made for defending NASCAR Cup Series champion Kyle Larson, and 2020 champion Chase Elliott. We have been very intrigued by the Ford dominance in the first two practices. That means that we could be interested in outsider picks on Kevin Harvick and Joey Logano. Kurt Busch also can’t be underestimated, as he often does very well in this race, winning the Daytona in 2017.

Hamlin is certainly favored for a reason, but I’d be happy to take a chance on an outsider given the unpredictability of the race. Christopher Bell could be the answer to the puzzle in the first high-caliber race of the Next Gen era. He performed well in superspeedway races last year, and as +2800 could be a decent bet at a bigger price.