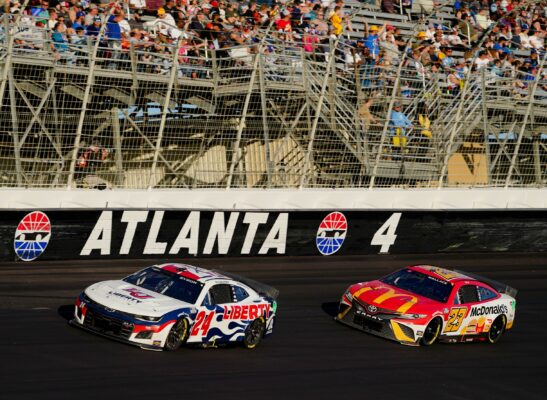 The NASCAR Cup Series action moves to Texas this weekend, as the second-ever Texas Grand Prix is held. The race was a welcome addition to the calendar and was won last year by Chase Elliott. But, can the former Cup Series world champion continue his strong start with a repeat victory this weekend?

The Texas Grand Prix is one of the newest races that has been added to the NASCAR Cup Series schedule. It was established in 2021 and has been staged at the Circuit of the Americas road course; making it the seventh road course race on the calendar. The track was eventually added to the calendar in NASCAR following the success that the Formula 1 and MotoGP events had in Texas.

This event covers a total of 68 laps on the 3.426-mile circuit, which features 20 turns. The first stage is made up of 15 laps, before 17 laps are completed in the second stage and 36 in the final stage. There has only been one previous Texas Grand Prix, with Chase Elliott winning 12 months ago for Hendrick Motorsports; finishing in a time of 3:07:11.

The betting market would certainly suggest that there is a strong chance of a repeat win for Elliott this weekend. The former world champion currently sits top of the Drivers’ Championship but is yet to finish in the top five in five attempts this season. His best finish came last weekend when he finished sixth in the Fields of Honor QuikTrip 500.

The winner of that race was William Byron, who also clocked the fastest lap. Byron’s win last weekend was his first success this season, while he also finished fifth at the Pennzoil 400 a couple of weeks ago. Joey Logano has also enjoyed a steady start to the new season and currently sits second in the Drivers’ Championship standings. He has enjoyed three top ten finishes in the first five races and should go well again this weekend.

This is a hard race to predict given that there are very few trends and stats to read. However, Chase Briscoe could be a driver at a bigger price worth a chance. He started on pole last weekend before finishing 15th, but has finished in the top three twice this season, including his win in the Ruoff Mortgage 500.