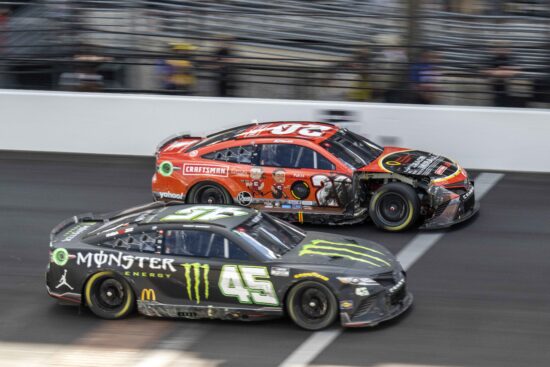 The race for positions in the NASCAR Drivers’ Championship continues this weekend, as the FireKeepers Casino 400 is staged at Michigan International Speedway. Ryan Blaney won the 2021 edition of the race, while Kevin Harvick had won the previous three editions.

The FireKeepers Casino 400 has been competed regularly on the NASCAR Cup Series schedule since 1969. It has been known under a number of different names throughout its history, including the Pure Michigan 400 and Carfax 400 since 2009. Drivers will complete 312 miles in total during the race, with the first stage being made up of 40 laps. The second stage consists of 45 laps, with the final stage completing the remaining 71 laps.

David Pearson is the most successful driver in the history of the race, with his first of five victories coming in the very first edition of the FireKeepers Casino 400 back in 1969. Roush Fenway Racing is the most successful team, while Ford has been the winning manufacturer a record 42 times. Kevin Harvick has dominated the recent editions of the race, as he has won four times since 2010.

Chase Elliott once again tops the betting for the race this weekend, as the Drivers’ Championship leader has won three of the previous six races. He has only finished outside the top three on one occasion during that period, with that coming in the Verizon 200 last weekend, as he finished 16th. However, none of his championship rivals were able to chip away at his lead, as they all finished behind him.

The fact that Elliott has never previously won the FireKeepers Casino 400 ensures that there could be value in taking him on this weekend. Ryan Blaney could be a decent selection, as he looks for a second straight win in the race. However, despite sitting second in the Drivers’ Championship, he has finished outside the top ten in each of the previous three races.

Kevin Harvick’s record in this race certainly deserves a lot of respect this weekend. The American currently sits down in tenth in the overall standings, with his best finish this term coming when he finished second in the EchoPark Texas Grand Prix. However, at +2000, it could be worth taking a chance on him tying the all-time record in the race.

We are going to side with another previous winner of the race this weekend. Kyle Larson has twice won the race, with his latest success coming in 2017. His record around the track deserves respect, and we wouldn’t be surprised to see him pick up a first victory since his win in the WISE Power 400 back on the second weekend of the season.