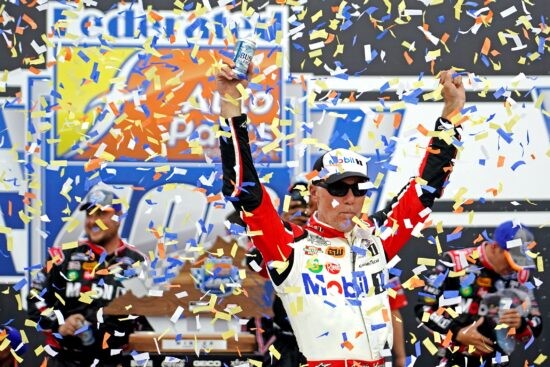 The end of the regular season in NASCAR is quickly approaching, and the penultimate race of the campaign takes place in the form of the Go Bowling at The Glen this Sunday. Kevin Harvick will be looking to maintain the strong form he has shown over the previous two races, and a third win in a row could be on the agenda.

Go Bowling at The Glen Schedule

The latest odds for the Go Bowling At The Glen aren’t yet available. Bookmark this page to see the latest odds when they are released.

The Go Bowling at The Glen has been a regular fixture in the NASCAR calendar since being introduced in 1957. Since 2021, it has been one of the road races on the calendar, and it has been competed across 90 laps since 2018. Drivers will compete over 355.440km in the race, with the first two stages being made up of 20 laps apiece. The final stage then sees the final 50 laps completed.

It has been known as the Go Bowling at The Glen since 2018. The most successful driver in the history of the race is Tony Stewart, who won on five occasions. Hendrick Motorsports is the leading team, while Chevrolet is the leading manufacturer. Kyle Larson won the race for the first time last year.

The race will be yet another compelling edition of NASCAR this season. Kevin Harvick makes an interesting case this Sunday, as he recorded a second straight win in the Federated Auto Parts 400 last weekend. It was his 60th career victory, and continued a strong run of form. This weekend, he could become the first driver to win three straight races this season.

Chase Elliott remains the driver at the top of the standings, and he boasts a very strong record in this race. He won the Go Bowling at The Glen in back-to-back years in 2019 and 2020, and returned to somewhere near his best form last weekend with a fifth-place finish in the Federated Auto Parts 500. Kyle Larson also has a strong chance, as he moved up to third in the overall standings with a 14th place finish last weekend.

Go Bowling at The Glen Pick and Prediction

Cases can be made for a number of the drivers in contention this weekend, but we like the chances of Elliott getting back to winning ways. He excels on road courses, and it shouldn’t be overlooked that he is looking for a third win in four editions of this race.