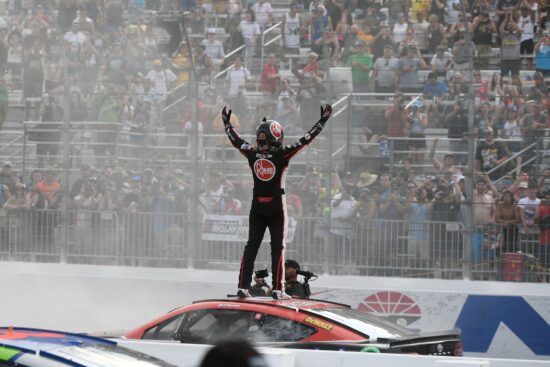 The end of the regular season in the NASCAR Cup Series is edging ever closer, which means there is a crucial race this weekend in the battle for playoff spots at Pocono Raceway. The M&M’s Fan Appreciation 400 will be run on Sunday, and Kyle Busch is the defending champion.

This is the first season for some time that there has only been one race staged at Pocono. The removal of the Pocono Organics CBD 325 means that from this campaign, it will be NASCAR’s only visit to the track. This race has been held annually since 1974, and it sees drivers compete over a total distance of 400 miles. The number of laps per stage is yet to be determined, but a total of 160 laps will be covered in total.

This year’s race has also seen the name changed, as the 2021 renewal was named the Explore the Pocono Mountains 350. Last year’s race was won by Kyle Busch. Denny Hamlin and Bill Elliott have both won on four occasions, making them the most successful drivers in the history of this race. Joe Gibbs Racing is the most successful team, with ten victories.

Chase Elliott will once again be among the leading contenders this weekend after he stretched his advantage at the top of the Drivers’ Championship last weekend. The 2020 NASCAR Cup Series champion has finished in the top two in each of his previous four starts. Last weekend, he finished second in the Ambetter 301, while his previous win came in the Quaker State 400. Ross Chastain currently sits second overall, with Ryan Blaney sitting third after finishing 18th in the race last weekend.

However, the most pressing factor to consider this weekend is the form of the Joe Gibbs Racing Team in this race. They have won each of the past five editions of this race, with Busch winning on three occasions and Denny Hamlin picking up two wins. Both should go extremely well again this weekend, with Busch already having a leading chance given that he is the favorite in the betting.

We will side with another driver for the Joe Gibbs Racing team this weekend, Christopher Bell. He won the race last weekend and is currently sitting in eighth. He has been consistent throughout the campaign, and a second win for the leading team in this race could be a solid selection.