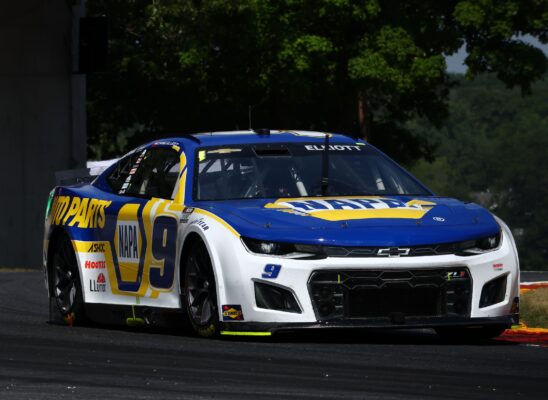 There were few more exciting races brought back to the NASCAR Cup Series calendar than the Quaker State 400 last year. Therefore, there will be great excitement when the race makes a return for the 2022 edition of the competition. However, can Kurt Busch win the race for the fourth straight time?

The Quaker State 400 was first held back in 1960, but it was removed from the NASCAR calendar at the start of the 2011 season as a race held in Kentucky was added to the schedule. However, it was revealed in 2020 that racing would return to Atalanta, as the Quaker State 400 would make its return after an eleven-year break.

In total, drivers will complete 400.4 miles in this race, which is made up of 260 laps. The first two stages both consist of 80 laps, while the final stage sees the final 100 laps completed. Cale Yarborough is the most successful driver in the history of the race, as he won six times between 1967 and 1983. Chevrolet has recorded the most wins by a manufacturer, as they have won on 18 occasions.

There is a very interesting battle at the top of the betting, with a number of drivers competing for favoritism. At present, Ryan Blaney and Chase Elliott can’t be separated, as they are both +1000 chances. Elliott leads the Drivers’ Championship as we draw closer to the end of the regular season, as he has picked up 624 points. Blaney is a close second in the race with 591 points.

It was an advantage to Elliott last weekend, as he finished second in the Kwik Trip 250. Last weekend’s race was won by Tyler Reddick, who rose to 13th in the overall standings. Ross Chastain also deserves respect this weekend, as the driver currently third in the standings, looks for a fifth straight top ten finish this weekend.

I think we would have to rule out Kurt Buch’s chances of a fourth straight win this weekend in the Quaker State 400. However, Kyle Larson looks like incredible value at +1300.