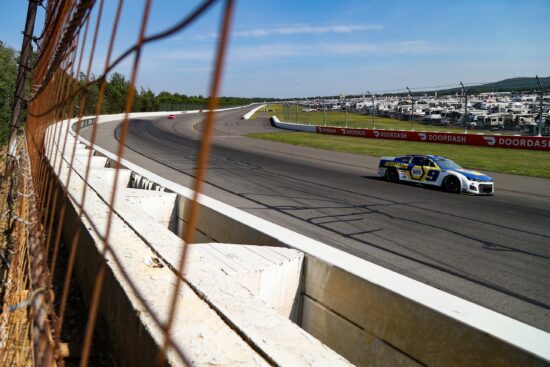 One of the standout races on the NASCAR calendar takes place this weekend at Indianapolis Motor Speedway, as the Verizon 200 takes place. The race is the final Crown Jewel race of the regular season, and is the 22nd event on the Cup Series calendar.

The Verizon 200 is one of the newest races on the NASCAR Cup Series calendar, but its history stretches back to the 1990s. This race replaced the Verizon 400, which was run between 1994 and 2020, and is one of few that is staged on a road course. A total distance of 200 miles is competed in the race, with drivers’ completing a top of 82 laps. The first 15 laps make up stage 1, 20 laps are completed in stage 2, and the final stage comprises 47 laps.

Allmendinger won the race’s inaugural edition last year, meaning Kaulig Racing and Chevrolet are the leading team and manufacturer, respectively. Furthermore, Allmendinger is only one of two drivers to have competed in the Verizon 200, Brickyard 400, and Indianapolis 500. The only other driver to achieve that feat is Kurt Busch.

Chase Elliott is driving like a man on a mission this year, as he bids to regain the Drivers’ Championship. The 2020 champion has won three of the previous five races and has finished second in the other two. His latest win came last weekend, as he won an action-packed M&M’s Fan Appreciation 400 in dramatic fashion. That success saw him extend his lead at the top of the standings from Ross Chastain, who could only finish in 32nd place overall.

The betting would suggest that Kyle Larson could be his biggest danger this weekend. The reigning champion has quietly moved up to fourth in the Drivers’ standings and has finished in the top five in three of the previous five races. Last weekend, he did an excellent job to finish fifth, and another strong bid in this race is likely after an impressive performance 12 months ago.

While a number of drivers are in the conversation for the race win this weekend, we will be siding with Elliott. The current leader in the standings appears to be getting stronger with every passing week, and the conditions of the race this weekend look to be in his favor.