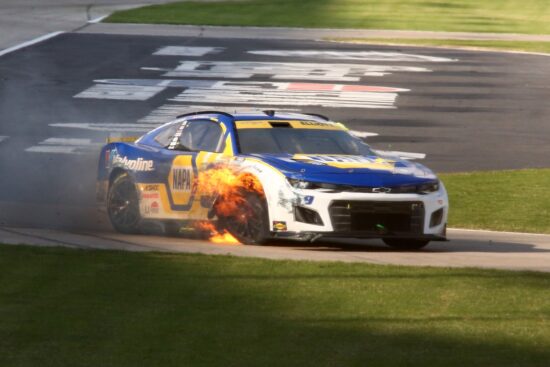 The YellaWood 500 is one of the most exciting races on the NASCAR calendar, and it has been run annually since 1969. The race will see the drivers complete a total of just over 500 miles, with 188 laps in total being covered. Both of the first two stages are made up of 60 laps each, while the final stage will see the final 68 laps completed.

Nowadays, the race forms the middle race of the Round of 12 Playoffs, before the Bank of America Roval 400 takes place the following weekend. Dale Earnhardt is the most successful driver in the history of the race, winning on seven occasions. However, we have seen six different winning drivers in the previous six years.

There was another shake-up at the top of the Drivers’ Championship standings last weekend, as Joey Logano moved to the summit. He finished second in the Autotrader EchoPark Automotive 500 last weekend, which was a race won by Tyler Reddick. However, there were disappointing weekends for both Kyle Larson and Chase Elliott, with the latter finishing back in 32nd.

This term’s title race looks incredibly competitive, with Ross Chastain and William Byron both moving into interesting positions. Chastain finished the race last week in 13th and was the only driver in the top five of the standings to have finished outside the top ten positions.

Several previous winners will be in action this weekend, including Ryan Blaney and Denny Hamlin, who won in 2019 and 2020, respectively. But, past editions of the YellaWood 500 have shown us that previous track experience counts for very little, with the race having different winners in each of the previous six years.

This race is typically one of the most difficult to bet on, which means that bettors will be forgiven for having a couple of plays. Our main fancy this weekend comes in the form of Austin Cindric, while a chance could also be taken on Daniel Suarez. Suarez has been in decent form throughout the season, and he is quietly sneaking into a menacing position to challenge for the Drivers’ Championship.