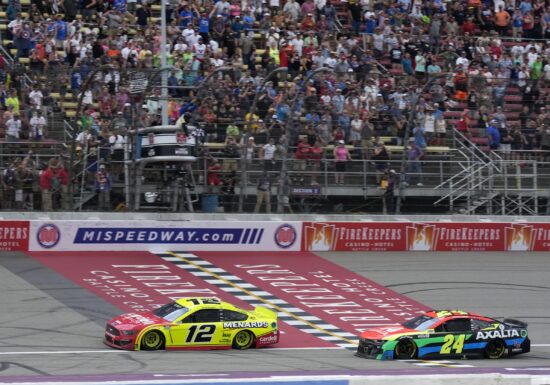 The Coke Zero Sugar 400 is one of the most anticipated races of the season, as it brings a close to the regular season. One of the most notable traits about this race is the close finishes that usually occur. It is only the second event that is staged at the Daytona International Speedway over the course of the season, with the other being the illustrious Dayton 500.

The race was first established in 1959, and drivers will complete 400 miles of the track. There are 160 laps in total to complete, with the first two stages consisting of 50 laps each. Meanwhile, the final stage of the race is made up of the remaining 60 laps. David Pearson has won the most races in the history of this event, as he has won on five occasions. Meanwhile, Wood Brothers Racing is the most successful team. William Byron won the race last year, while Justin Haley won in 2019 and Erik Jones won in 2018.

Kyle Larson will start on pole for the second week running in the NASCAR Cup Series. However, despite leading for the most laps last week, he was eventually beaten by Ryan Blaney. Larson has started on pole seven occasions already this season, but he has only gone on to win the race on three occasions; most recently in the NASCAR All-Star race. However, he is still sitting pretty at the top of the Drivers’ Championship, having finished third in the last two races.

Ryan Blaney could be an excellent pick for the race this weekend, as he won the FireKeepers Casino 400 last weekend. That victory saw him jump up the standings to seventh. His form has certainly picked up over recent weeks, as he was also second in the Verizon 200 the week before. Denny Hamlin has also achieved podium finishes on his last three starts, but he may be a little too short in the betting to support in this unpredictable race.

Who will win the Coke Zero Sugar 400 this weekend:

This is a wide-open race this weekend, but we will take a chance on William Byron. He won the race last year and will be looking to become the first back-to-back winner since Tony Stewart in 2006. Byron finished second in last weekend’s race, but we could see him going one better this weekend.