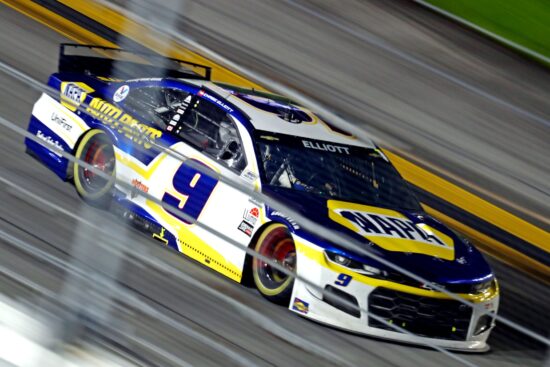 The second leg of the NASCAR Cup Series takes place on Sunday, as the Daytona Road Course plays host to the O’Reilly Auto Parts 253. But, which driver will reign supreme over the 70 laps and 253 miles that make up the race?

While it isn’t one of the long-standing events of the NASCAR Cup Series, it has quickly emerged as one of the most likable on the calendar. It was initially created last season as a back-up option following the COVID-19 pandemic, but it has returned to the season this time around. The race is competed over 252.70 miles, which sees the drivers completed 70 laps of the circuit.

The first stage will see drivers complete 16 laps of the course, while 18 laps are then completed in the second stage. Finally, the last stage of the race will see drivers complete 36 further laps of the Daytona Road Course. Since the race has only been competed on one previous occasion, there has only ever been one winner of this race. Chase Elliott returns to the track as the defending champion, and that is reflected in the odds, as he is the clear favorite to win. Elliott won the race in August last year at 2:37:30 and recorded an average speed of 89.39 in his Chevrolet car.

Front Runners For The Race

Denny Hamlin finished second in the race in August for the Joe Gibbs Racing team, which was just a place higher than teammate Martin Truex Jr. However, Truex Jr will have an awful lot of work to do on race day, as he finished in 19th after qualifying. One driver to keep an eye on will be Michael McDowell, who is looking for a second straight stage victory after claiming success at Daytona 500 last time out. The 36-year-old starts at second on the grid this weekend.

There are certain avenues for profit in the betting, as McDowell will be a tempting bet at +6600 given his recent success. However, it will be hard to see past the favorite in the betting as the defending champion looks for a second straight success.