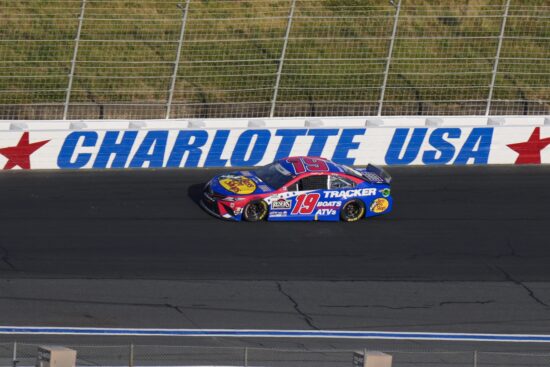 The final stop before the NASCAR All-Star break takes place this weekend, as the Save Mart 350 takes place at Sonoma Raceway. The race has been dominated by Martin Truex Jr in the past couple of years, and he will be looking to become the first driver to record three straight wins in the race.

The race isn’t one that is welcomed by all fans, as some are against the layout used at Sonoma Raceway. Drivers will compete over 90 laps, which consist of 217.48 miles. The first two stages each have 20 laps each, while the final stage of the race will see drivers tackle the final 50 laps. Jeff Gordon is the most successful driver in the history of the Save Mart 500, as he has won on five occasions. Meanwhile, Hendrick Motorsports and Chevrolet are the leading team and manufacturer, respectively.

It will be a welcome sight to see this race back on the calendar for most, as it didn’t take place last year due to COVID-19. Martin Truex Jr remains the defending champion, as he has won the last two races. His record in this race shouldn’t be understated and makes him a leading contender this weekend. He has been in decent form this season, as he recorded wins in the Instacart 500 and Goodyear 400. He is currently sixth in the Drivers’ Championship, but one with a certain chance this weekend.

Chase Elliott has finally hit his groove over recent weeks and comes into the race as the driver at the top of the betting. He won the EchoPark Texas Grand Prix and was second in last weekend’s Coca-Cola 600. Kyle Larson is another driver that has claims to win the race this weekend, as he has finished in the top two in the last four events on the NASCAR Cup Series. His only win during that period came last weekend, but his form is strong.

NASCAR Picks for Save Mart 300

Who will win the Save Mart 300 this weekend:

Track experience is a vital advantage when it comes to this race, and therefore, we are happy to stick with Truex Jr to become the first driver to win three straight Save Mart 300 races.