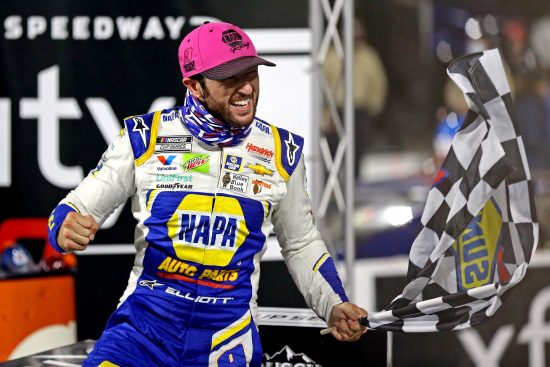 The NASCAR Cup Series finally comes to an end this weekend, as the series winner must be decided after a series of gruelling playoff rounds. But, which driver would be the selection for gamblers this weekend that are looking to bet on the big race?

The NASCAR Season So Far

This will be the final race of what has been an incredibly competitive NASCAR Cup Series. The playoffs have been captivating viewing for all motor racing fans, as the big names have constantly fallen with each passing round. Kevin Harvick was the man to watch over the round of 16 stage, as he won two races in the form of the Cook Out Southern 500 and the Bass Pro Shops NRA Night Race. However, the strong start to the playoffs ended at the Xfinity 500, as Harvick crashed out of championship contention.

There are only four drivers left in contention to win the Drivers’ Championship this weekend, with market leader for the Season Finale 500, Brad Keselowski among those. Keselowski has won just once since the playoffs started, with that win coming back in the round of 16 stage in the Federated Auto Parts 400. The other drivers that are left standing in the championship race include Denny Hamlin, Chase Elliott and Joey Logano.

Logano is the current leader in the standings, with his last victory coming in the Hollywood Casino 400 in the round of 8. Elliott kept his championship dreams alive last time out, as he won the Xfinity 500, and will start on pole position for the huge season closer this weekend. That was his second win of the playoffs, with his other win coming in the round of 12 in the Bank of America Roval 400.

Hamlin’s only win of the playoffs came in the YellaWood 500, but his market price as the second favourite means that he could have an excellent chance of jumping from fourth in the current standings to the championship crown.

This will be the most high-pressured race of the season, which means looking at how the stars involved this year have excelled in the race in previous years is vital. Hamlin will be the one to watch, as he won this race last year, and a repeat performance will be enough to see him win the championship this season.

The race will be run over 513 km and there are 312 laps in total. It’s clear to see why Harvick is the favourite in the betting, as he has won this race more times than any other driver, with three of his successes coming between 2012 and 2014. Logano has also won this race in the past, as he was the winning driver back in 2016.

Toyota have dominated this race in recent seasons, as they have manufactured the winner in each of the last three years. That means Harvick will be the standout choice to win the race.