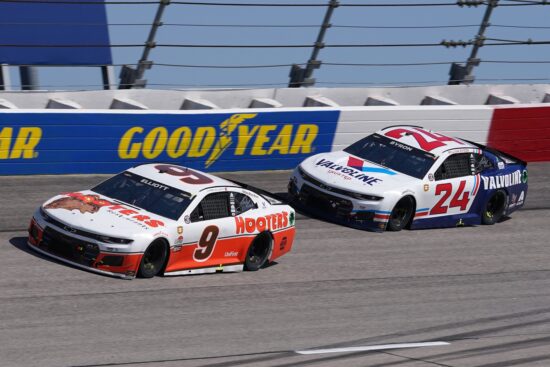 It will be an exciting weekend for NASCAR fans this weekend, as the first-ever Texas Grand Prix takes place. One of the newest races on the NASCAR Cup Series calendar looks set to capture the imagination, but which driver stands the best chance of winning the inaugural race?

The Texas Grand Prix will be run for the first time in NASCAR Cup Series history this coming weekend. It is one of seven races during the season that are road races. Drivers will need to complete 68 laps in total during the race. The opening 15 laps will make up the first stage before drivers then compete over 17 laps in the second stage. The final stage is then made up of 36 laps. The event takes place at the Circuit of the Americas in Austin, Texas, which is 3.416 miles in length. Drivers will take 20 turns throughout the race.

The circuit is one of the most prestigious in the United States and is already home to pivotal races in the Formula 1 and MotoGP season. Calls have been made for a NASCAR event on the circuit for a number of years, and they were finally announced in September last year when it was revealed that a race would be taking place at the track as part of the NASCAR Cup Series.

Road races are typically more difficult to call in NASCAR, as drivers in the past have appeared irritated about their inclusion on the schedule. One of the previous road races this season took place in the form of the O’Reilly Auto Parts 253. This race was won by Christopher Bell, which has been his only win of the season to date. Chase Elliott will certainly be a leading challenger this weekend, as he was on pole for that race and led for the most laps.

Elliott is yet to win a race this season, but he has come close on a number of occasions. He has finished second in both the Daytona 500 and Blue-Emu Maximum Pain Relief 500. He climbed to seventh in the Driver’s Championship after finishing third in the Dydene 400 last weekend.

Denny Hamlin has enjoyed an excellent season to this point, as he has finished in the top three on five occasions. Martin Truex Jr won the Goodyear 400 a couple of weeks ago but could only finish 19th last weekend. Meanwhile, Kyle Larson has been close in the last two races, as he finished as the runner-up in both the Goodyear 400 and Drydene 400.

Who will win the Texas Grand Prix this weekend:

This is a fairly tricky race to call this weekend, as it could be won by any number of drivers. However, our preference is for Chase Elliott, who was excellent earlier in the season on the road and will be looking to build on some fine displays in recent weeks.