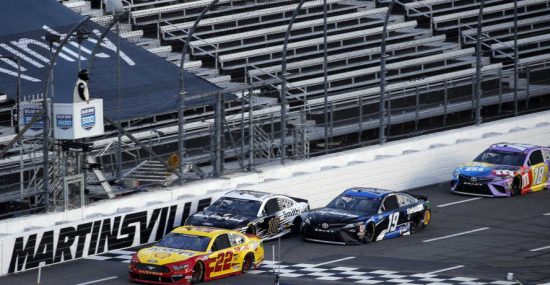 The NASCAR Cup is back on Sunday, November 1 with the Xfinity 500 which will take place at the Autotrader Echopark Automotive. With a Draft Top 250 racing action coming up first, the crowning 500 event is kicking off this Sunday.

The Auto Racing Advisor promises to be every bit as exciting as you expect it to be and there will be a whole lot of racers you might want to back. Kyle Busch, Joey Logano and Kevin Harvick will do their best to secure a win in the upcoming race.

Held at the Martinsville Speedway in Ridgeway, Virginia, the event is definitely going to see some interesting neck-and-neck contests. Kevin Harvick is posted at mere (+1000) in the race, but he is still one of our favorite underdogs here and we will definitely be taking a closer look at him.

The 2020 Xfinity 500 race will be a tough one to pinpoint with so many great racers coming out on Sunday for a shot at a victory. Harvick is way behind in the overall standings (+1000), yet we see him as a worthwhile choice.

He has had a rather convincing 2020 season so far, and even though he slipped a few times, Harvick is definitely a superb racer. He has nine wins this season as well as 20 T5 and 26 T10 finishes, giving him a very good total performance overall.

Harvick finished as the runner-up in Hollywood Casino 400 and he last won the Bass Pro Shops Night Race pulling ahead of Kyle Busch by three points. Now, he struggled a bit during South Point 400, YellaWood 500 and Bank of America Roval 400, but that’s in the past.

Sure, his proneness to slip out of the T5 and T10 from time to time makes him a bit of a wild card, hence the long odds. We still think he’s a smart pick, though.

Where and When to Watch NASCAR Xfinity 500?

Why Not Back Keselowski?

Brad Keselowski is posted at (+550) same as Denny Hamlin and a little behind the leader in the predictions, Martin Truex Jr. (+325). Keselowski is one of those drivers who thrive at Martinsville. He has landed two back-to-back third places in his most recent showings and he is bound to make one of the most formidable opponents in the Sunday finals.

Of course, his performance has suffered a bit of late, and gone is the fiery contender who managed to cut his way into the T10 in every race. His most recent performance casts a rather poor light on him as well, as he has been slipping behind T15 for several races now.

Who Won the Xfinity 500 Most Recently?

Chase Elliot on a Tear? Not Really

One driver we have high hopes for is Chase Elliott. He started 2020 strong and posted consistent results, but his most recent performance is somewhat of a let-down, and with many T20 finishes or worse, we are not so sure anymore.

Elliott is a great person, a drive with a proven track record and the right attitude, but his steady decline through the rankings is a little dispiriting. Perhaps the pandemic has affected him just like everyone else.

The good news is that he made it in the top nine spots during his last six showings at Martinsville Speedway. Posted at (+850), we can see why he makes such a tempting pick overall.