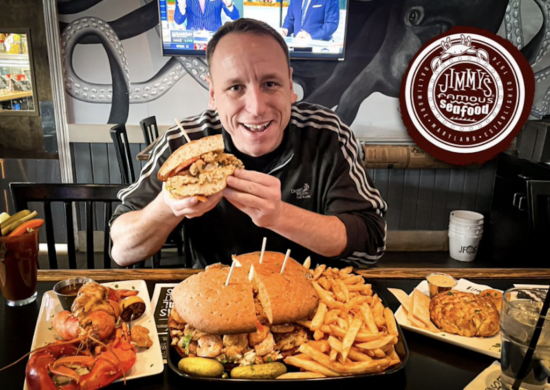 The betting markets are open for the biggest eating contest in the world. Nathan’s Hot Dog Eating Contest has been an American tradition since it was established in 1916, and has been competed annually since 1972. The event is held on Independence Day in the U.S. and will be staged this year on the corner of Surf and Stillwell Avenues, New York.

There are no surprises for guessing the men’s star that heads the betting this year, as Joey Chestnut looks to win the contest for the seventh year running, and a 15th time overall. The 38-year-old managed to eat a world record of 76 hot dogs in ten minutes last year, which improved on his tally from 12 months earlier when he ate 75.

Geoffrey Esper is likely to be his bigger danger, as he comfortably ate 83 slices of pizza in ten minutes. However, the former Hooters wing-eating champion may have bitten off more than he can chew coming up against Chestnut.

Chestnut has broken his own world record in each of the previous two editions of the Nathan’s Hot Dog Eating Contest. He set the record of 72 in 2017, before beating that tally with 74 in 2018. Chestnut exceeded that total again in 2020 with 75 hot dogs, before breaking his own record once again in 2021 with 76.

The odds currently expect him to at least match his tally from 2020 and 2021, and it looks to be a solid play following his training for the event.

It shows how clear of a favorite Chestnut is given that his closest rival’s benchmark in the competition this year is set at 52.5. Esper holds a number of eating records, but hot dog eating may not be his main strength. Still, we would expect him to get at least 53 so the overplay may be the way to go in this market.

The women’s event will also take place on the same day as the men’s. Michelle Lesco won the event 12 months ago, as she ate 30 ¾ hot dogs. However, her win may have been more down to Miki Sudo being absent due to her pregnancy. However, Sudo is back for the 2022 edition of the event, and she will be looking to claim the women’s title for the eighth time. She has dominated the field in recent history, as she won every edition between 2014 and 2020. Her tally of 48 ½ in 2020 remains an all-time score in the women’s event.