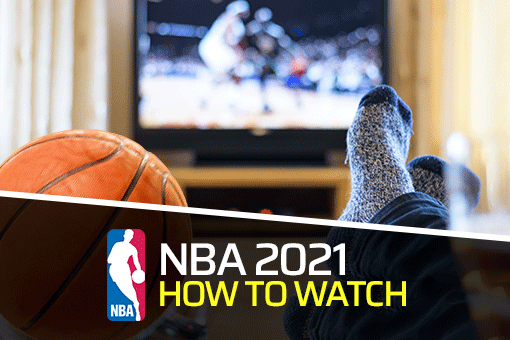 It has only been just over two months since the Los Angeles Lakers won their first NBA title in ten years, and already they will be plotting how they can regain that title. It is the quickest turnaround in NBA history, and the first game of the 2020-21 season will get underway on the 22nd December with two excellent opening night fixtures.

There will be no fresh ways to watch the NBA this coming season, as the elite sporting competition will be entering the fifth year of their nine-year deal with the current broadcasters. There will be NBA games on ABC, ESPN and TNT throughout the regular and post-season, but fans will be able to watch all games throughout the season on NBA TV.

There are a number of different packages available to viewers, with the League Pass being the most popular. With this option, fans will be able to watch every game throughout the season, as well as having the ability to watch every game on-demand. This is the most expensive package available, and will cost a annual price of $229.99, or a monthly cost of $31.99. Fans that are only interested in watching their own team can opt for the Team Pass, which costs $18.99 a month, or $129.99 for the season.

The coronavirus played havoc with the NBA schedule in 2019-20, with the NBA Finals being brought to a close in the middle of October. The discussions surrounding the start of this season took a while longer, but it was finally decided that the season would get underway on the 22nd December. Pre-season training camps for the team in the NBA got underway on the 1st December, with each team playing at least two pre-season fixtures.

This NBA regular season will also be shorter than previous ones, as there will only be 72-games for each side, which is ten fewer than is typically the case. These fixtures will include three fixtures against each intraconference side, and then two against interconference sides. Other key dates that fans will be looking forward to, include the All-Star break between the 5th and 10th March. The playoffs will get underway on the 22nd May, with the finals being played around the 22nd July.

Who Are The Front-Runners In The NBA This Season?

It isn’t hard to see why the reigning champions are the clear favourites to regain their title, as the Lakers have signed both Anthony Davis and LeBron James to new deals. There has also been proven championship quality added to the side with the arrival of Marc Gasol. The Los Angeles Clippers will be looking to overcome the disappointment from last season, as they were beaten in the Western Conference playoffs by the Denver Nuggets. Kawhi Leonard and Paul George will lead their attack, while the arrival of 2019 champion Serge Ibaka will certainly add something new.

Meanwhile, the Eastern Conference chasers should also be considered, with the Milwaukee Bucks likely to compete this season after announcing the record-breaking extension signed by Giannis Antetokounmpo. However, the East looks very open, with the Brooklyn Nets, Toronto Raptors, Boston Celtics and Miami Heat all likely contenders to reach the finals.