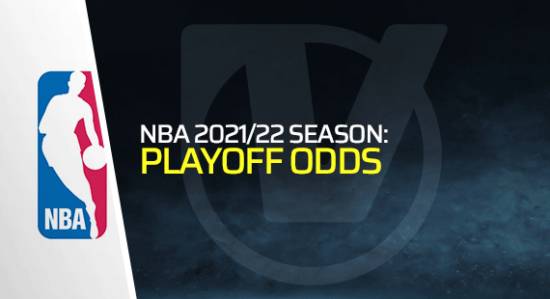 In order to reach the NBA playoffs, one team needs to finish sixth because places seven and eight no longer guarantee a spot in the postseason. The new play-in format puts additional pressure on the “border” teams who could wind up seventh and eventually miss the April madness.

The Lakers, Warriors, Clippers, Jazz, Suns, Nuggets are pretty much certain for the playoffs. Yet, the battle for the remaining two seeds will be furious.

Portland Trail Blazers and Dallas Mavs are the favorites to clinch those two tickets, followed by the Memphis Grizzlies. However, the Pelicans and the Sacramento Kings won’t give up easily on that.

The Pels started the free agency strong, making a lot of changes, while on the other side, the Kings have a team that already spent a few years together. The 2022 season is the last chance for this generation of Kings’ players to enter the postseason, otherwise, we expect a massive rebuild.

The Trail Blazers are on the decline. Damian Lillard is aware that he needs to leave in order to win some silverware and fulfill his potential, which is why we believe that the team from RIP City won’t be in the final eight. The Pelicans have talent but look disorganized and will do after Lonzo’s departure.

This leaves us with the Grizzlies and the Mavs, who apparently have the healthies chemistry and foundation for improvement compared to the previous year. The first ones have Ja Morant and the latter Luka.

Bucks and Nets Only Safe Teams

The reigning NBA champions, the Milwaukee Bucks, and the Brooklyn Nets are the only teams safe for the playoffs in the East. For all others, there is a possibility of seeing them outside the top 8.

Sixers are a logical choice for the postseason but do know that if Ben Simmons leaves, that could disrupt lots of things. The scenario, in the end, might be like this – Philly winds up seventh, and they lose both games in the play-in tournament. Sure the chances are low but possible.

The Celtics are constantly struggling and stagnating. They’ve made a big mistake with Kemba and now pay the price for it. Atlanta Hawks look solid, and we expect them to be in the top eight; Miami Heat too.

Chicago Bulls made a lot of additions to their roster, Ball, DeRozan, Caruso, and of all other teams, they have the best prospects to reach the postseason. Indiana Pacers lost in the previous play-in tournament and want to redeem now.

The New York Knicks, with Kemba in the lineup, are expected to make it, while the Charlotte Hornets sit at +180. One more team that might interfere in this battle is the Toronto Raptors, but we really don’t see them in the knockout stage.

Of all the “border” teams here, we believe that the Knicks won’t reach the postseason. Simply, we wrote far too many times here that Kemba Walker is an overrated player. Any team with him as the leader is doomed to be mediocre.

Also, the Pacers are an odd crew, that knows to turn against its head coach and oscillates in many ways. Therefore, Indiana is out of our picture, leaving the Bulls and the Hornets as the logical solutions for this bet.

Bulls are filled with All-Star potential, while the Hornets have one of the most interesting teams in the league that occupied the fourth place at one point during the previous year, before all the injuries they faced.