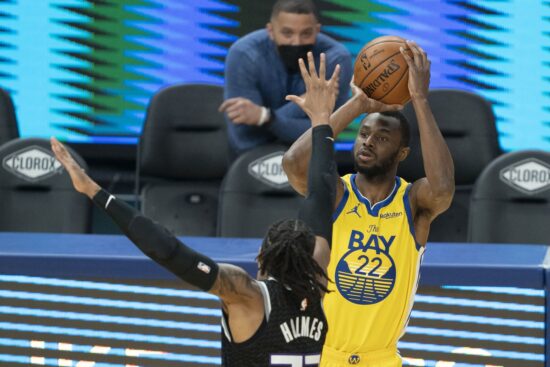 NBA ruled against Wiggins’ request for vaccination exemption, suggesting that the player has to meet San Francisco’s coronavirus regulations.

Warriors Without Wiggins at Chase Center

This decision means that the 26-year old will miss all the Warriors’ matches at home until either he takes the vaccine or something changes in the COVID-19 regulations.

Currently, San Francisco and New York have regulations that require all the players and personnel to be vaccinated to enter indoor areas. This means that the Nets, Knicks, and the Warriors have different circumstances for playing their matches than the rest of the league. Still, these rules do not apply to the teams coming to these two cities, and they can have the players that aren’t vaccinated.

Wiggins sought an exemption because of religious reasons. Still, the San Francisco Department of Public Health made it clear that there won’t be any exceptions for persons older than 12 in these types of situations.

The NBA didn’t want to go against the rules of the local authorities, which is why they eventually denied his request.

At the moment, he is the only player in GSW who isn’t vaccinated, while on the other side, the New York Knicks announced yesterday that they have the complete roster vaccinated.

What is Next for Wiggins?

The Warriors are one of the biggest contenders for winning the title this season. They have Steph Curry in excellent shape and now have Klay Thompson back following two very tough injuries he suffered since 2019.

At the moment, the odds on Golden State to win the title are +1000, and they are the fourth overall contender, behind the Nets, +240, the Lakers +325, and the reigning champs, the Milwaukee Bucks +800.

Apart from that, several other players emerged as the potential superstars, like last year’s No.2 pick, James Wiseman. On top of that, head coach Steve Kerr has a very deep roster at his disposal, and it is very possible that the Warriors are going to make it even stronger until the end of the offseason.

The Dub Nation has enormous potential for making big trades, and some of them include Wiggins.

According to the NBA insiders, the Warriors want Philadelphia 76ers star Ben Simmons, who no longer want to play for the franchise from Pennsylvania. Simmons apparently fits in perfectly in Kerr’s plans, and he would be an addition that would boost the Warriors’ game on both ends of the court.

GSW to land Simmons is +650 right now, and the teams with better odds are the Minnesota Timberwolves +400 and the Houston Rockets +450. Both are in a rebuild, and it is hard to believe that Simmons wants to play for them. With the Warriors, the former No.1 pick would have a chance to win the NBA title.