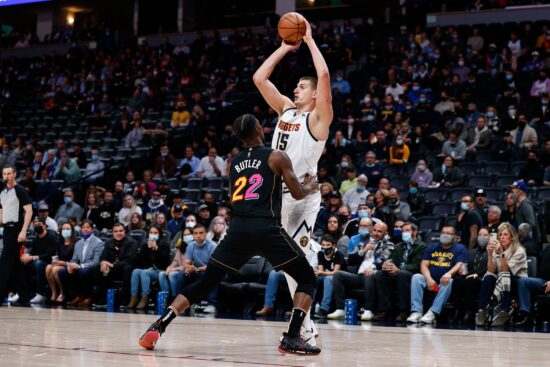 The past few weeks have been pretty tense in the NBA, with several scuffles threatening to become massive incidents. Even though there weren’t any real punches thrown, the oddsmakers have already released odds for several hypothetic clashes.

Bovada offered the odds on the LBJ-Stewart fight, favoring the four-time NBA champion who used a cheap shot to hit the Pistons youngster. LeBron to win is -230, while on the other side, Stewart to handle Bron is +160.

These two guys have pretty much the same size, standing at 6-foot-nine and 230 pounds. So we can say that they are in the same weight division. Even though many believe that LeBron is a freak of nature (and he truly is) in this particular case, we wouldn’t be so sure about his victory.

The motive is on Stewart’s side, and we saw him being very, very angry, which is more important than the actual strength in some situations. Also, Stewart is younger, and that could be very important in the long run.

We never saw LBJ really entering some scuffle, and we simply can’t picture him being a villain, while on the other side, Stewart’s rage suggests that this guy knows how to act in these situations.

Jokic, even though looking like a Teddy Bear, is quite the opposite. We’ve seen the reigning MVP often bursting over some calls or cheap shots. He might be phlegmatic in the majority of the situations, but whoever follows the Joker saw his pesky side.

Meanwhile, the Morris brothers have established themselves as tough and rough players, who are often dirty, and want to fight. But, these guys never actually fought anyone. Or at least we don’t remember that. It seems that both of them want to be Charles Oakley, but without a true fistfight.

That’s why oddsmakers favor Jokic in both matchups. The odds on the Serb to beat down Marcus Morris are -2500, and for the opposite to happen, +800. Jokic is 6-foot-11 and 285 pounds, while Marcus stands at 6-foot-8 and 220 pounds. Therefore, the Joker is a bit bigger than the Clippers forward.

The difference in size is smaller between Jokic and Markieff. The Heat forward is 6-foot-9 and 245 pounds. However, we’ve seen that one tougher hit practically sent him to the locker room. Yes, it was from the back, but he, too, took a shot at Jokic, who was in an awkward position.

Bovada believes that the fight between the Joker and Markieff would be more interesting than against the other Morris. The Joker’s victory is at -150, while Markieff’s is +110.

We are very interested in the odds for the fight between the Jokic Brothers and the entire Miami Heat locker room. Nemanja Jokic is an MMA fighter, while Strahinja… well, we think that he really doesn’t need any special skills with the way he looks.

It would be a spectacle to see, for instance, Bam Adebayo or Jimmy Butler going against either of these two.