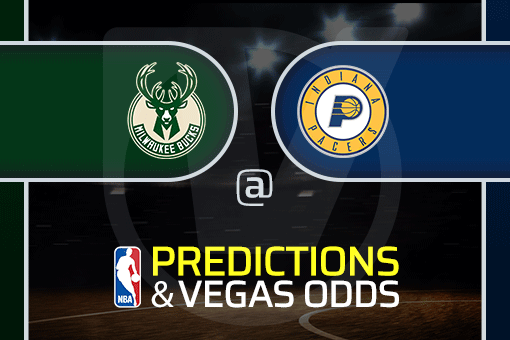 If you’re in search of the latest NBA betting odds and Bucks vs Pacers prediction, look no further because Vegas Odds has you covered.

The Bucks are cruising after dropping an unreal 150 points against the Detroit Pistons on Monday night.

Milwaukee takes the short trip to Indiana to face the Pacers, and the Bucks have to be feeling great. They are on top of the Eastern Conference, and the Bucks dropped 150 points in a 20-point victory against the Pistons on Monday.

The Bucks scored 49 in the first quarter and entered the half with a massive lead and 83 first-half points. Giannis Antetokounmpo returned and scored 29 points and 12 rebounds in just 26 minutes.

The Bucks had to play the Denver Nuggets on Wednesday, but they face the Pacers, Pelicans, and Hornets to finish off the month of January.

The Pacers ended their seven-game losing streak by topping the Chicago Bulls on Tuesday night, 116-110. Myles Turner had 26 points while TJ McConnell added 20 points and 10 assists, but once again it was rookie sensation Bennedict Mathurin who broke out with 26 points and seven rebounds off the bench.

The Pacers came back down big, and Mathurin has been playing well lately, especially with Tyrese Haliburton on the shelf.

The Pacers finally snapped their losing streak, although it took a massive comeback and three players scoring 20 or more points, and Buddy Hield was close with 19.

Unfortunately for Indiana, Giannis and the Bucks are hot, and the Greek Freak looked great in his return. The Bucks get this victory and hold their top spot in the Eastern Conference.