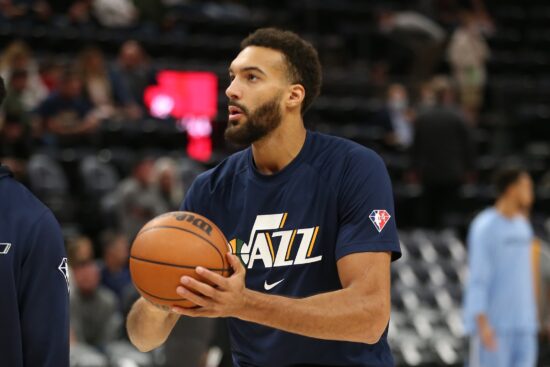 It appears that Rudy Gobert might win one more DPOY award and join the greatest defenders in the history of the league. At the moment, the odds are heavily favoring the Jazz center, and even though the competition might be pretty ferocious, Gobert firmly holds the top spot.

The French international is the only guy who might catch and surpass two NBA legends, Dikembe Mutombo and Ben Wallace, with four DPOY awards in their pocket. Gobert has three, the same as Dwight Howard, who is way past his peak, but Utah’s big fella is in his prime.

The odds on Gobert to win the award are +220, which places him far ahead of all the other rivals. He posts 15.7 points and 15.1 boards each night, making him the best rebounder in the NBA, plus adds 2.2 blocked shots. Gobert’s shooting percentage is impressive, as he makes 73.2% from the field, and is a massive contributor for the Jazzers, who are again one of the biggest candidates for winning the NBA title.

Davis, Adebayo, Giannis, all these guys have pretty much the same odds, and are leveled behind Gobert. Depending on the oddsmaker, we might see some slight differences, but as said, it is nothing special. All of them are between +600 and +700.

Giannis is one of the few people in history who took the NBA MVP and the DPOY awards in the same year, but it seems that he isn’t as dominant as before. That might just be a championship hangover, and we are all waiting to see him shifting into a higher gear as time goes by.

AD has problems in LAL, because the purple and gold aren’t playing as expected. The Eyebrow is by far the best player on the team, but he has some minor injuries that might be a problem in the long run.

Bam Adebayo is a bit underestimated, in our opinion. The Heat are playing well and the strong center is one of their best players on both ends of the floor. Miami might be one of the teams that excel in the latter stage of the regular season, and his prospects of taking this award could go up.

The Warriors are the best team in the league and are the top candidates for winning the title. Draymond is re-living his youth and I like his chances as an outsider.

Now we’ve found out the odds on him oscillating between +350 up to +700, which attracted our attention. Don’t underestimate the veteran, who is the No.1 defender in the league-best team and the top candidate for the NBA title. Those who decide about these awards always prefer to take players from the best teams, especially title-contenders.