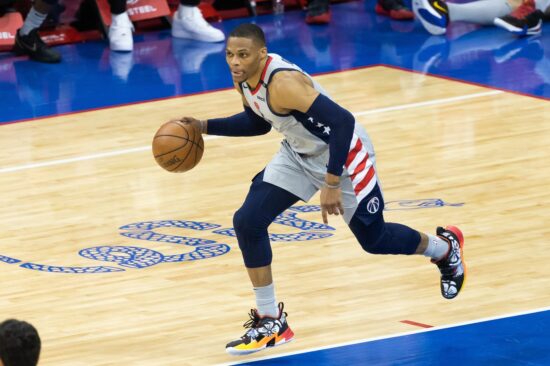 The Detroit Pistons are starting a new chapter in their history, as they used the No.1 pick in the 2021 NBA draft to select Cade Cunningham.

At the same time, the LA Lakers are also turning a new leaf, after a trade that brought Russell Westbrook to the Staples Center.

Cade Cunningham is arguably the biggest talent in this NBA draft. Will he succeed in using all of his colossal potentials? The Detroit Pistons are ready to bet on that, which is why they selected the Oklahoma State’s guard from the first place in the last night’s NBA draft.

Cunningham, a 6-foot-8 playmaker, is very gifted in offense, while on the other side, possesses an incredible defensive skillset, possibly an All-Defensive Team in the near future.

The franchise from Michigan is without a superstar for quite some time, and they are hoping to get one in Cunningham.

Jalen Green went as No.2, coming from Houston Rockets from G-League. Besides him, the Rockets had two more first-round picks, No.23 Usman Garuba and Josh Christopher, who was one place lower.

Garuba, a Spanish power forward, is the best defender in the draft, while Christopher comes from Arizona State and is projected to be Green’s backup at the shooting guard position.

Evan Mobley, USC center, landed in Clevland from No.3, while Jalen Suggs, for many the best player in the draft, was the fifth pick and headed for Orlando. The Magic had No.8 as well, used to take Franz Wagner from Michigan.

Oklahoma City Thunder also had three picks in the first round. No.6 Josh Giddey from Australia, No.16 Alperen Sengun from Turkey, and No.18 Tre Mann from Florida.

Lakers Form Their Own Super Team

Besides Brody, the Lakers get 2024 and 2028 second-round picks. In return, they sent Kyle Kuzma, Montrezl Harrell, and Kentavious Caldwell-Pope, and the No.22 from last night’s draft. That pick was later shipped to Indiana in exchange for the point guard Aaron Holiday.

The franchise from LA was going for either Sacramento Kings’ Buddy Hield or Westbrook but eventually decided to go all-in on the only MVP in history who was traded in three consecutive seasons.

Westbrook averaged 22.2 points, 11.5 boards, and 11.7 assists wearing the Wizards’ uniform last year. Even though the team from DC opened the season pretty badly, sitting at the bottom of the conference, a fantastic finish of the campaign saw them reaching the play-in tournament and eventually entering the playoffs, where they lost to the Philadelphia 76ers in the first round.

This move indicates that the Lakers will be one of the top contenders for winning the NBA title next year.