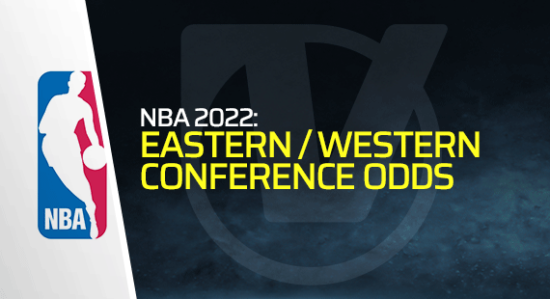 After landing Russell Westbrook, the Lakers have become the prime contenders for winning their conference and reaching the NBA Finals. Apart from signing Brody, the LAL completely changed the picture of its roster.

Across the country, back in the East, the Bucks and the Nets didn’t change their respective rosters that much, but they still hold a massive advantage over all the other rivals. That is why everyone expects to see them in the conference finals.

West: Are the Lakers an Overinflated Baloon?

Rusell Westbrook is definitely one of the best players in this century and a guy who marked an era in NBA history. After all, he made some records that have never seen before, pushing the limits way above the expected.

However, many think that three superstars (Brody, AD, and LBJ) at one place won’t bring any good to the Lakers. Those who question how many hoops the LAL will need on the court have every right to do so. All these guys, especially Bron and Westbrook, love to lead the game, which will be a problem at some point.

With +190, the purple and gold are the top favorites to win the West, ahead of the Golden State Warriors (+525) and joined third at +650 the Utah Jazz current West champs Phoenix Suns. In our opinion, the Dub Nation is too wounded for making another shot at the title, while the Jazz have solid chances of coming back stronger than the last year.

LA Clippers are +850, and they seem a bit out of context, with all the media giving more attention to LAL, the Jazz, Suns, etc., while the Denver Nuggets and the MVP Nikola Jokic come at +900.

Our pick here are the LA Clippers because of a couple of things. The first one is that they finally have a playmaker, Reggie Jackson, and the second is that they don’t have to battle the pressure anymore, as the media walked away from them, focusing on other teams. If you noticed, nobody talks about the LAC right now.

It might be odd to hear this, but do believe that the Clips will play much better in these circumstances than before.

East: Nets, Maybe Bucks, There Ain’t a Third One

We love to watch East in the last couple of years. It seems far more interesting to us than the West, despite having fewer superstars. But the intensity of the matches and the similar quality of the teams erases that handicap.

Currently, we now have two franchises that stand above all others and five or six even units that always deliver solid excitement in the playoffs.

Those two teams are the Brooklyn Nets (+110) and the Milwaukee Bucks (+425), the head-to-head contender for winning the title this year, and the reigning champions.

Durant, Harden, Irving, plus Griffin, Mills, Harris, etc; look like one monstrous crew able to win 70 games at least. On the other hand, you have arguably the best player in the league, Giannis, leading the Bucks. And like in these playoffs, we expect the details to determine the winner if they meet.

We also have the Miami Heat (+1200), who are regrouping during this summer, adding players, and trying to make a team that would repeat the success from 2020. The 76ers (+850) are preparing to trade Ben Simmons and add a reliable playmaker who will be the key ingredient in their title quest, while the Atlanta Hawks (+1800) sit in the corner and wait to jump out from the dark and amaze everyone.

The Hawks are a very talented and promising team and don’t be surprised if they become something like the 2015 Golden State in a year or two.

But for now, the Nets and the Bucks will be in charge, and we are giving a slight edge to Durant and the boys, if they are all healthy, of course. Imagine what they would be like with the Beard and Uncle Drew fully prepared and ready.