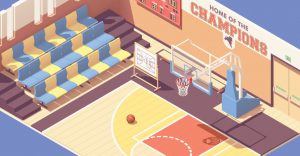 It would seem as though the end of the NBA is close, as the Los Angeles Lakers need just one more win to claim the championship. But, could there still be one final twist in this unpredictable NBA season?

Lakers On Verge Of Championship

The Los Angeles Lakers are just one win away from claiming a 16th NBA title after they beat the Miami Heat 102-96 in game four to take a 3-1 series lead. There was no doubt who the star of the show was as LeBron James scored an incredible 20 of his 28 points in the second half. James also added eight assists, and has once again shown throughout this series that he is the main man in the NBA.

It was a dominant night for the Lakers, as there was also 22 points for Anthony Davis and 15 points for Kentavious Caldwell-Pope. The LA Lakers were ahead from the first quarter, but the game couldn’t have been much closer going into the second half as there was just two points between the sides. However, the Lakers stepped it up a gear in the final two periods and outscored the Heat in both the final periods.

Bam Adebayo returned for the Heat after missing game three through injury, and he scored 15 points. The Heat were led by 22 points from Jimmy Butler, while Tyler Herro’s star continued to rise as he added 21 points. However, there doesn’t seem to be much question where the NBA title should be going now, as the Lakers will have three opportunities to win the game that delivers their first championship in ten years.

Lakers Dominant In All Stats

The Lakers look very good value to win their first NBA championship since 2010 after success in game four. It would be impossible to bet against them winning the series with a blowout scoreline, as their numbers were back towards what they were in game one. The under 216.5 total points could also be a good bet for gamblers, as the two most dominant Lakers wins have only accumulated 214 and 198 points respectively.