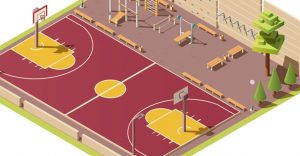 Many were predicting that the NBA Finals could be a clear cut thing after the Los Angeles Lakers raced into a two-game lead. However, the champagne may be back on ice as we head into game four this week, as the Miami Heat got back into the series on Sunday evening.

Heat Looking To Level The Series

Experts were giving the Miami Heat very little chance of getting back into the finals series, with some even predicting that the Lakers could secure a sweep in the final. The Lakers went into game three with a two-nil series lead, and everything was pointing towards them adding to that lead at the AdventHealth Arena on Sunday evening.

However, the Heat, and most importantly Jimmy Butler, had other ideas. The forward scored a remarkable triple-double to lead the Heat to a 115-104 success. Butler was the star of the show, as he scored 40 points and contributed 13 assists. This was only the third time in NBA history that a player had scored at least 40 points in a triple-double. One of the other players that had achieved that feat was the stunned LeBron James.

Tyler Herro and Kelly Olynyk were also excellent in their supporting roles, as they both scored 17 points. Meanwhile, Jae Crowder and Duncan Robinson scored respective totals of 12 and 13. Everything was going against the Heat coming into this game three, as the pressure on Butler was huge as he needed to lead the Heat alone due to Goran Dragic and Bam Adebayo missing out through injury. Needless to say, Butler rose to the occasion in excellent fashion.

James wasn’t going to go down without a fight, and he ended with a double-double. He scored 25 points and ten rebounds. Anthony Davis endured a slow night as he could only manage 15 points. That tally was exceeded by both Kyle Kuzma and Markieff Morris, who ended game trhee with 19 points apiece. However, no other Lakers player recorded more than eight points in the defeat.

The Heat are back in the finals series, and they will be optimistic about their chances of levelling the series. They will be hopeful that Dragic and Adebayo will be back for game four. However, there will be a response from the Lakers.