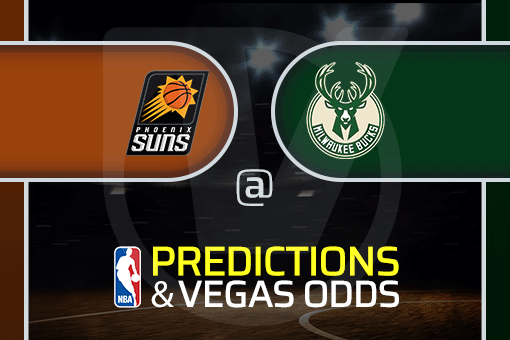 The Milwaukee Bucks won the pivotal Game 5 between themselves and the Phoenix Suns on Saturday. Now they have a chance to break a 50-year title drought if they can win Game 6 of the NBA Finals at home. But the Suns have other ideas, as they will look to force a Game 7, which would take place back in Phoenix if it were to happen.

In Game 5 of the NBA Finals, the Phoenix Suns played an incredible offensive game. Phoenix shot 55% from the field and an incredible 68% from three-point range, making 13 of their 19 attempts from beyond the arc. But the Suns simply could not get stops in that game when they needed to, which resulted in Phoenix going behind for the first time in this series and facing elimination tonight.

To avoid the aforementioned elimination, Phoenix has to lock in on the defensive end, starting with limiting Milwaukee’s big three of Giannis Antetokounmpo, Khris Middleton, and Jrue Holiday. That trio combined for 88 points in Game 5, even with Giannis missing seven of his 11 free throw attempts. Without a better defensive performance in Game 6, the Suns’ season could end in Milwaukee.

After their Game 5 performance, the Milwaukee Bucks now have two chances to win the NBA Finals. They will look to do so in Game 6 at home to avoid having to go back to Phoenix for a Game 7 in front of a hostile crowd. And with the way their big three performed on the road on Saturday, the Bucks have to like their chances to finish the job.

If the Bucks are going to get it done in front of the Deer District, they are going to have to play better defense than they did in Game 5 as well. Allowing the Suns to shoot as well as they did from the perimeter in Game 5 will not fly during the rest of this series, and Mike Budenholzer has to know that going in. If the Bucks can tighten up against the Suns from the outside, they will be in good shape.

Milwaukee has been the better team for the majority of this series and is red-hot over the last few games. Giannis has been able to get to the basket at will, and even his poor free-throw shooting hasn’t been enough to derail the Bucks. Expect Milwaukee to close out the NBA Finals and for the Deer District to celebrate their first title in 50 years.