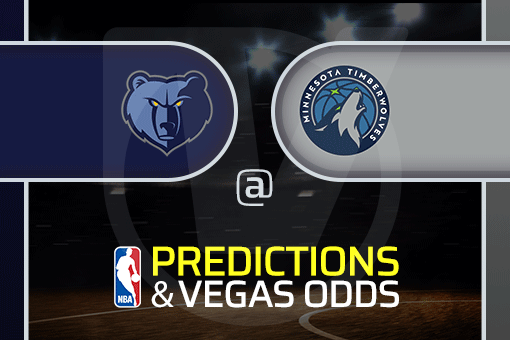 If you’re in search of the latest NBA betting odds and Grizzlies vs Timberwolves prediction, look no further because Vegas Odds has you covered.

The Grizzlies have lost three in a row after going undefeated to begin January, and the Timberwolves are one game below .500 after a strong month.

The Grizzlies were the hottest team in the NBA until the Lakers put an end to their winning streak. Since the Lakers loss, the Grizzlies lost to the Suns and Kings and faced the Warriors on Wednesday as they conclude their West Coast road trip.

The Kings blew the Grizzlies out by 33, although Ja Morant missed the game and Steven Adams has now been ruled out for 3-6 weeks with an injury.

Desmond Bane led the way with 21 points as Jaren Jackson Jr. had 19, but this Grizzlies team is much different without Morant.

The Timberwolves have played well in January, compiling an 8-4 record entering Wednesday’s game with New Orleans. Anthony Edwards has been electric, scoring 20 or more points in eight of the last 10 games and dropping 44 against the Rockets on Saturday night.

The Timberwolves lost the next game to Houston as Jalen Green exploded with 42, although Edwards scored 31 of his own and D’Angelo Russell added 30.

Just last month, Minnesota was struggling big time. But they have turned it around a bit since then.

This game could very well be a thrilling matchup of two of the best guards in the game — Anthony Edwards against Ja Morant. The Grizzlies star is cleared for Wednesday’s game against Golden State, which means he should be good for Friday. Minnesota puts up a fight, but the Grizzlies get the victory on the road.