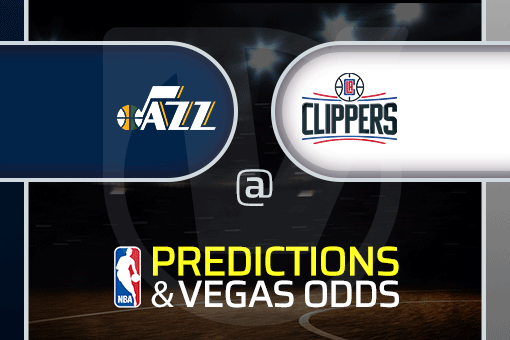 Looking for the Jazz vs Clippers predictions? – Look no further because Vegas Odds has you covered.

The Jazzers would like to add one more scalp to their collection, but that will be a challenging task because the Clippers have played good basketball lately.

Markkanen and the guys are 12-6, winning back-to-back games, one at home against the Phoenix Suns, 134-133, and the other on the road in Portland, where they handled the hot Portland Trail Blazers, 118-113.

A tiny problem for the Jazzers might be Mike Conley’s injury, though, they’ve survived Portland without the experienced guard. Malik Beasley came off the bench to score 29 points, and six threes, while Jordan Clarkson had 28, ad Markkanen 23 with 10 boards.

The Clippers are on the rise, with three wins in the past four games, and with Kawhi balling again. LAC’s most recent triumph was at home against the Spurs, 119-97, in an event that didn’t include any drama.

Kawhi played 22 minutes and had 11 points. John wall got off the bench to post 15 assists, while Norman Powell scored 26 points, Paul George 21, and Reggie Jackson 20. The Clippers hit 21 three-pointers.

The Clippers rely upon three-point shooting pretty much, and 21 hits from downtown in the previous event are encouraging for head coach Lue. As for the Jazzers, they are pretty versatile in the offense and looking at the matchup, they should deliver a solid offensive performance in LA. That’s why we think that this game will be efficient.