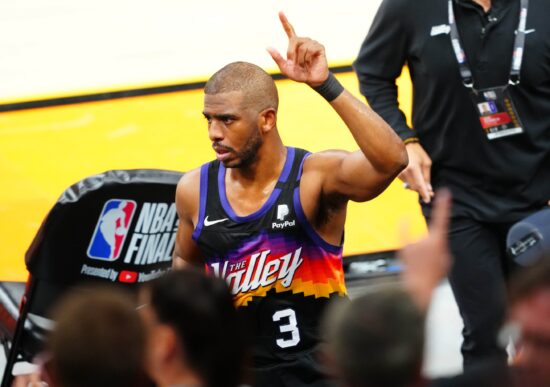 A lot happened in the NBA over this Sunday night. For some the recent development has the potential to shift the balance of power in the league.

Kawhi and the Clips, Will the Love Continue

Let’s face it, Kawhi Leonard and the Clippers have been one of the biggest disappointments in the past two years. Instead of attacking the NBA title, the team from LAC struggled to have both its players ready and healthy. Even in the moments when PG and the Claw played together, the Clips were far from the expected level of play.

There were some flashes of their potential, but not enough to go after the Larry O’Brien trophy.

Leonard declined his player option last night, which set off the alarm all over the league. Yet, according to the insiders, the team from LA and the two-time NBA Finals MVP are very close to reaching a new agreement. If that happens, Leonard could potentially sign and four-year $176.2 million deal.

However, if he decides to jump away from LA, he would be in a position to do that next year and, after that, clinch a five-year $235 million contract.

Leonard partially tore his ACL during these playoffs and had the surgery in mid-July to repair it. He is still recovering from the same. The Claw played 52 games this season, posting 24.8 points, 6.5 boards, and 5.2 assists.

You can find the Clippers at +2000 to win the NBA Championship next season, but their status as the 8th favorite could slide if Leonard does decide to move on.

The sources are reporting that the veteran point guard, Chris Paul, declined his player option that would bring him $44 million, but both he and the team have the intention to work out a new deal. It is expected that the talks between the two sides start on Monday.

Many believe that the reason for this move, is restructuring a current deal, all in order of helping the Suns get more salary-cap space. That would make them more competitive on the market and allow the franchise from Arizona to keep or even boost the current roster.

Paul was the leader of the Suns throughout the entire year, and his influence was particularly obvious during the playoffs when he led the Suns to their second NBA Finals, his first.

The Suns are currently the 6th favorite to win it all next year at +1600, but that could change if Paul’s new deal does give the team the flexibility to strengthen even further.

The Miami Heat are the biggest candidates for landing the former NBA champion, Kyle Lowry. According to the information coming from Florida, the Heat have a package that might be interesting for the Toronto Raptors.

The deal would see Lowry signing a contract with the team from Canada and, after that, his trade to Miami, who would, in return, ship veteran guard Goran Dragic and forward, Precious Achiuwa to Toronto.

Apparently, Dragic wouldn’t stay in Canada for too long, as both Dallas Mavericks and New Orleans Pelicans have the intention to get the veteran Slovenian.

Lowry is an ideal fit for the Heat, who need one typical playmaker to organize the offense and take the pressure off of other players, especially Jimmy Butler.