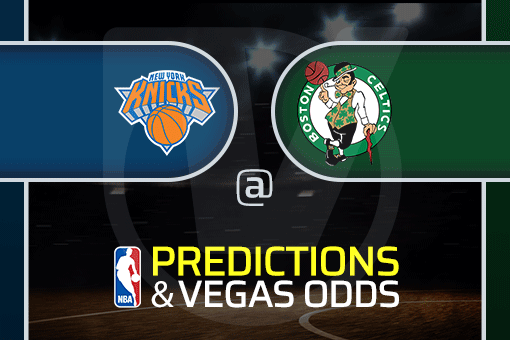 If you’re in search of the latest NBA betting odds and Knicks vs Celtics prediction, look no further because Vegas Odds has you covered.

The Knicks broke their losing streak with a win over Cleveland, and Boston has lost two games in a row in a Florida trip.

The Knicks have been all over the place in the month of January. They began by winning six of the first seven games, then they lost four in a row and finally ended it with a victory over the Cavaliers.

Julius Randle dropped 36 points with 13 rebounds and four starters finished in double figures for New York in the two-point victory.

Randle was excellent on the evening, and the Knicks climbed to three games above .500 with the win.

The Celtics had won nine straight before losing back-to-back games against the Orlando Magic and Miami Heat. In both games, the Celtics scored less than 100 points in a pair of uncharacteristic losses.

Jayson Tatum had 31 against the Heat in the three-point loss, and Jaylen Brown sat out for rest purposes. The Magic defeated the Celtics earlier by 15 in a game where both Brown and Tatum scored 26 a piece, so those are concerning losses for Boston.

The beauty of the NBA is teams go hot and cod pretty often, and the Celtics have the benefit of heading back to Boston for the game with the Knicks.

Even the best teams lose games they shouldn’t, and that’s exactly what happened with the Celtics earlier this week.

The Knicks will need Julius Randle to have another monster performance, but even with that, the Celtics should be more motivated to win after losing two straight and TD Garden will be loud.